Steeped in History: The Art of Tea

The Fowler Museum at UCLA presents an exhibition on the history of tea in Asia, Europe, and America through art. 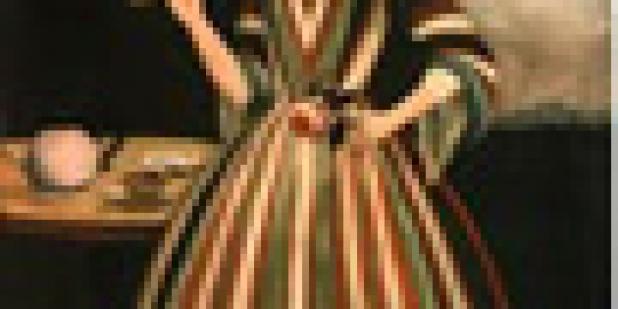 Hot or iced, bagged or loose, black or green—whatever form it takes, enjoying a cup of tea is an act performed at least three billion times a day the world over. Indeed, more people drink tea than any other beverage except water. Steeped in History: The Art of Tea—on display at the Fowler Museum at UCLA from Aug 16–Nov 29, 2009—is a wide-ranging survey that brings together art from three continents and many centuries to delve into the history and culture of tea.

Traveling from Asia to the West, tea has played a variety of profound roles on the world scene—as an ancient health remedy, an element of cultural practice, and source of spiritual insight. Historically it was also a catalyst for international conflicts and horrific labor conditions in various countries.

Throughout its history tea has been a prevalent theme in the visual arts—scenes of tea embellish ceramics and textiles and are the subject of paintings and drawings, and all manner of vessels have been fashioned for the preparation and presentation of tea. Steeped in History brings together rare Chinese ceramics and paintings, 18th- and 19th-century Japanese ceramics and prints, extraordinary English and Colonial American paintings, vintage photographs and historical documents, tea-serving paraphernalia and furniture from many countries, and much more —to tell the fascinating history of tea.

China, The Cradle of Tea Culture
After a brief introduction to tea varieties, cultivation, and production, the exhibition considers tea's mythic origins in the hills of South China. Tea was already in use as a medicinal plant in the Zhou dynasty (1046–256 BCE). By the time the Chajing, the first book on tea, was written in 780 BCE, tea was widely cultivated in southwestern China and had been elevated to an “elixir of immortality” in Daoism, used as imperial tribute, celebrated in poetry, enjoyed by literati, transported on camelback to the Central Asian steppes, and sold on street corners.

Over the centuries, Chinese artisans created the most inventive and infinitely varied kinds of teas, and the art and material culture of tea flourished. This section of the exhibition includes a lavishly painted portrait of Shen Nong, the legendary inventor of tea; exquisite porcelain tea bowls dating from the 8th–13th centuries; scrolls and watercolors illustrating Chinese tea trade and culture, and stereo card photographic prints depicting tea-making in Peking during the late-19th–early-20th centuries.

Chado, The Way of Tea in Japan
The next section of the exhibition explores tea’s enormous significance in Japan, where it was first introduced, along with Buddhism, during the early Heian period (794–1185) by monks who had traveled to China to study Chan (Zen) Buddhism. Tea was drunk in monasteries and in some aristocratic circles, but it was not until the end of the 12th century that its role in Japanese arts and culture became more prominent, after the Buddhist priest Eisai brought back to Japan the powdered tea (known in Japan as matcha) then popular in Song China.

Tea drinking spread among the military aristocracy and the interactions between the warrior elite and Zen priests produced one of the early forms of chanoyu, known in the West as the Japanese tea ceremony. Tea was so central to Japanese culture by the second half of the Edo period (1615–1868) that everyday articles and accessories, such the netsuke, decorative Japanese belt toggles that hung from the sashes of kimono, were frequently decorated with tea-related motifs.

The opening of Japan to the West in the 1850s brought new topics and themes to tea-related arts, as well as to the development of tea wares produced for Western markets. Stoneware tea caddies, tea bowls, scrolls and other tea-related objects from the 10th–20th centuries attest to the long history and important place that tea holds in Japanese culture. A magnificent bed cover decorated with images of tea utensils and other auspicious items suggests how tea culture permeated even personal parts of Japanese life.

Tea Craze in the West
When tea first arrived in Europe in the early 17th century, it was not readily accepted. Tea drinking caught on quickly, however, in The Netherlands, where the import arrived along with Chinese and Japanese porcelain vessels for its preparation and serving. By the mid-seventeenth century the European upper classes had fully embraced the three exotic caffeinated beverages—coffee, tea, and chocolate—and gradually these imports became more affordable and their consumption spread to the general population. As the regimen of tea was popularized and perfected, artists and marketers strove to create the perfect tea accoutrements, and these became status symbols. Furniture was especially designed for afternoon tea, like the elegant French tripod table featuring a tea-drinking scene, circa 1680, on display.

The European porcelain industry took off after the long-held Chinese secret of porcelain making was finally understood in Germany in 1708. The exhibition features many early English teacups, sets, and caddies, as well as works on paper and paintings that attest to the status of tea in Europe.

The first tea to reach America was introduced by the Dutch, and the habit of tea drinking spread quickly among the colonies. In order to control the profits of the tea trade, the English Parliament sought to eliminate foreign competition by passing legislation that required colonists to import their tea solely from Great Britain, which led to the colonists buying smuggled tea—at half the price of British tea. This—accompanied by a number of tax acts that collected revenues for the Crown and at the same time penalized colonists’ consumption of smuggled tea—led to tea becoming forever associated with revolutionary actions, of which the Boston Tea Party is only the best known. One of the highlights of the exhibition is the inclusion of several notable early American oil paintings showing the role of tea in colonial life, including works lent by the National Gallery of Art, the Maryland State Archive, and the Chicago Historical Society. Other works on view, such as a silver sugar urn from the Fowler collection by noted Boston patriot and silversmith Paul Revere, recall the role of tea in Revolutionary protests. A stunning array of elaborate tea vessels reveals the continuing popularity of the beverage in American culture today.

Tea and Empire
Britain’s ever-increasing appetite for tea brought enormous profit to the British Crown and to the East India Company. This section of Steeped in History explores tea as a global commodity at the height of the British Empire, the development of large-scale tea plantations in northern India, and the link between tea and the Indian opium trade. Historical photographs show tea parties in Calcutta and tea production in Darjeeling, while a series of engravings depict the stages involved in processing opium.

Final works in this section reveal the ongoing dialogues about tea in relation to politics, agriculture, health, and society today. Advertisements like one from England circa 1939 proclaiming “Tea Revives You” show 20th-century notions of tea use while other works in the final section evoke contemporary concerns of the fair trade movement.

Major support for Steeped in History: The Art of Tea is provided by the Henry Luce Foundation and The Ahmanson Foundation. Additional support is generously provided by the Edna and Yu-Shan Han Charitable Foundation and Numi Tea. The accompanying programs are made possible through the Yvonne Lenart Public Programs Fund, and Manus, the support group for the Fowler Museum. Media sponsorship provided by Edible Los Angeles.

The Fowler is open Wednesdays through Sundays, from noon to 5 p.m.; and on Thursdays, from noon until 8 p.m. The museum is closed Mondays and Tuesdays. The Fowler Museum, part of UCLA Arts, is located in the north part of the UCLA campus. Admission is free. Parking is available for a maximum of $10 in Lot 4. For more information, the public may call 310/825-4361 or visit fowler.ucla.edu.