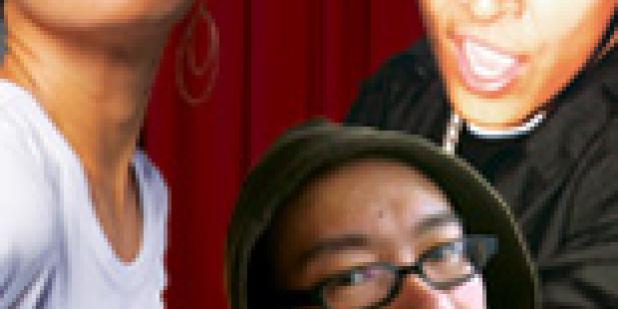 Asian American spoken-word artists seek to claim not only auditory space and the literary page, but also dramatic space and the human body. They are loud, provocative, exciting, articulate and literary. They bring the word to the world, and we are bringing them to USC. Bao Phi, Kelly Zen-Yie Tsai and D’Lo represent a fresh, diverse generation of artists who give new expression to the Asian American experience. As entertainers, they rouse audiences; but they are all also socially committed artists whose provocative words engage a wide range of issues.

Bao Phi, aka Thien-bao Thuc Phi, is a Vietnamese American spoken-word artist, writer and community activist living in Minnesota. He is the first Vietnamese American man to have appeared on HBO’s Russell Simmons Presents Def Poetry and the National Poetry Slam individual-finalists stage, where he placed sixth out of over 250 slam poets.

Kelly Zen-Yie Tsai, based in Brooklyn, has been featured in over 400 performances worldwide at venues including the Nuyorican Poets Cafe, the House of Blues, the Apollo Theater, Kennedy Center and Lincoln Center, and on three seasons of HBO’s Russell Simmons Presents Def Poetry.

D’Lo, described as a “jolt of creative and comedic energy,” is a Tamil–Sri Lankan American political theatre artist/writer and music producer based in Los Angeles. D’Lo creates a vibrant tapestry of work that sheds light on many issues facing our modern society, including brutality, justice, AIDS, sexuality, political and social unrest and ethnic and gender divisions.