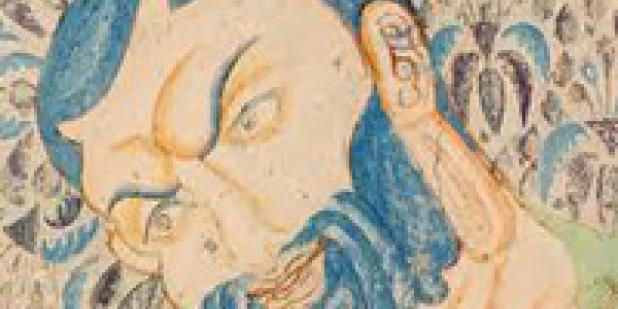 Please RSVP for this event to eastasian.studies@yale.edu no later than Wednesday, February 23, 2011. Lunch will be provided.

Ms. Zhao will present two lectures on the study and preservation of cave temples in Kucha. Located in what is now the westernmost part of China, these sites were once built by the Central Asian kingdom of Kucha and have been ranked among some of the most important monuments along the Silk Road.

The State of the Field in the Study of Kizil Art and Buddhism
Art and Buddhism are two fundamental subjects in the study of Kizil Caves. To date, we have made considerable progress in understanding related Buddhist concepts such as karma and sams?ra, visualizations of Bodhisattvas and Buddhas, and discourses on release. At the art historical front, we build on findings from previous scholars to rethink broad interpretative schemes such as the Kizil Caves artistic model and the relationship between Gandh?ra and Kucha. This talk aims to open up other areas of research where scholars in and outside China could jointly explore.

Preservation and Management of Kucha Caves
This talk discusses the many difficulties and problems in the preservation and management of Kucha Caves today. Due to the wide geographic dissemination of cave temple sites across Xinjiang, many of the basic facilities needed to provide protection and management at each location are inadequate and out-dated. The situation is further complicated by the lack of roads and public transportation to these sites, limited funding, and staffing issues at the Kucha Academy. Professor Zhao hopes to draw attention to these problems and encourage discussion on the ways to resolve them.

*Presentation will be in Mandarin Chinese, with English translation
provided.

This event is supported by the Council on East Asian Studies at Yale University Title VI National Resource Center Grant from the United States Department of Education.