Laura Tyson Li will talk about her acclaimed book, "Madame Chiang Kai-shek: China's Eternal First Lady," the first English-language biography of one of the world's most influential, colorful, and controversial women in modern history. 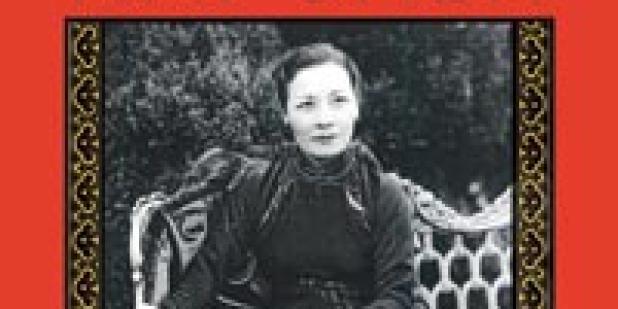 Madame Chiang's life (1898-2003) spanned the twentieth century, much of it lived at the epicenter of events not only in the turbulent history of modern China, but in the epic struggles -- World War Two, the Cold War -- that engulfed the world for much of the twentieth century.

Even as the Chiang family legacy has fallen under attack in Taiwan, in China Madame Chiang's historical role and contributions are now being viewed in a more favorable light -- an ironic twist, given the long record of vitriolic denunciations issuing forth from the Communist government. For all her flaws -- and Tyson Li does not gloss over her subject's contradictions and shortcomings -- Madame Chiang was a woman ahead of  her time, one who dared to re-imagine the role of First Lady, and who through force of personality, wit, and passion carved out a role for herself on the world stage as few other woman have before or since. Her legacy endures beyond the grave and continues to shape US-China relations today.

Laura Tyson Li devoted years of research to Madame Chiang Kai-shek, with access to materials previously classified or unavailable. She is a Dartmouth College graduate, now living in Los Angeles. Since her first trip to China in 1982, she has spent a decade living in China, Hong Kong, and Taiwan, during which she was variously a student, business reporter for the South China Morning Post, and Taiwan correspondent for the Financial Times. She has also written articles for the Economist and other publications.

Soong Mei-ling, “Addresses to the House of Respresentatives and to the Senate,” February 18, 1943.