Screening: We the Workers

The USC U.S.-China Institute presents a screening of the film We the Workers 凶年之畔, which follows labor activists over a six-year period as they find common ground with workers, helping them negotiate with local officials and factory owners over wages and working conditions. The screening will be followed a Q&A with Han Dongfang, founder and director of the China Labour Bulletin. 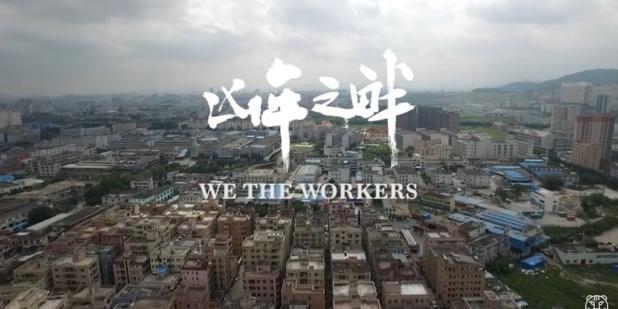 Click here to watch a video of Han Dongfang's discussion.

About the Film
Shot over a six-year period (2009-2015) in the industrial heartland of south China, a major hub in the global supply chain, We the Workers follows labor activists as they find common ground with workers, helping them negotiate with local officials and factory owners over wages and working conditions. Threats, attacks, detention and boredom become part of their daily lives as they struggle to strengthen worker solidarity in the face of threats and pressures from the police and their employers. In the process, we see in their words and actions the emergence of a nascent working class consciousness and labor movement in China. The film was part of the 2017 International Film Festival Rotterdam and other festivals. The film was directed by Huang Wenhai 黄文海 and produced by Zeng Jinyan 曾金燕;。The screening will be followed a Q&A with Han Dongfang, founder and director of the China Labour Bulletin.

Han Dongfang, then a twenty-six year-old railway worker, became involved in China's pro-democracy movement on April 15, 1989, the day Hu Yaobang died. But it was not until May 20, when he joined the Beijing Workers Autonomous Federation (BWAF 北京工人自治联合会) one day after it was formed, that he found his niche. The BWAF, the first independent union since the founding of the People’s Republic of China in 1949, grew to some 200 members before it was banned on June 4. Han’s emergence as its leader earned him the top spot on the list of wanted worker leaders.

After the violent suppression of demonstrations in Beijing and elsewhere, Han took off on his bicycle on what he expected to be a one- or two-year cross country trip designed to help him learn more about working conditions in China. It was not to be. On June 19, Han found, to his surprise, that he was wanted by the authorities. He turned himself in to the police. Han was held, but never tried or sentenced. After almost two years and contracting drug-resistant tuberculosis, he was permitted to return home. Seventeen months later, when it was clear his health was not improving, he was permitted to travel to the U.S. for treatment. He made it clear to Chinese authorities that he would stay away no more than one year.
True to his promise, Han returned to China in August 1993, only to immediately be forcibly ejected for “opposing and attacking China, betraying it and his Chinese citizenship, undermining the interests of the country and harming its international prestige.” Han was able to settle in Hong Kong where in 1994 he formed the influential China Labour Bulletin 中国劳动通讯 to promote independent trade unionism in China. His call in talk-show on Radio Free Asia is one of the network’s most popular programs.
Space is very limited. RSVP required.