USC Department of East Asian Languages and Cultures presents "Roulette City", a film about a boy named Tak who goes to Macau and learns about luck, loyalty, and love. The screening will be followed by a talk with writer/director Thomas Lim. 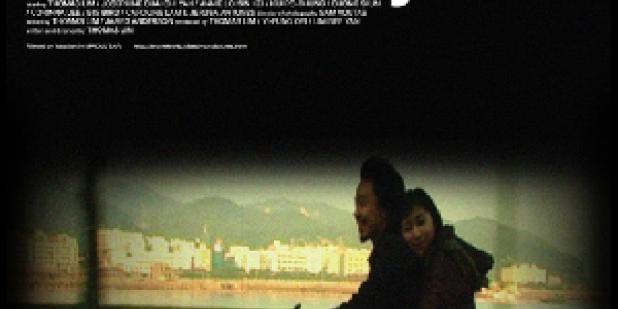 Tak, from Mainland China, goes to Macau with his uncle Wai, hoping to win money to pay for his ill mother's operation. Together they begin to frequent Macau's underground gambling dens-- and win big. But as their winnings grow, Wai becomes increasingly distracted by the temptations of the big city, including Tak's old lover from China-- Wynnie. Misled to believe that he had killed Wai in a furied brawl over Wynnie, Tak must find a way to flee Macau with Wynnie. Wynnie lures Tak into a gamble that he cannot refuse: their freedom in exchange for information known to a local policeman, Kin. To gain Kin's trust, Tak befriends Kin's sister Armanda. Armanda's simple and honest nature catches Tak off-guard and he begins to fall for her. As Tak grows closer to Kin and Armanda, and Kin gets closer to discovering Tak's true intentions, Tak must decide where his true loyalties lie.

Thomas Lim is a prominent film director in the Macau film industry, having directed and produced the successful Chinese movie "Roulette City". He is also known as an actor for principal roles in Chinese TV drama series such as "The Game" (a.k.a. "Pojian erchu"), Broadway musicals like "The Wizard of Oz" (as the Cowardly Lion), and movies like "One Last Dance".

Lim's directorial work "Roulette City" was released commercially to enthusiastic responses in major cinemas in Japan, Singapore, and China, and the TV series he'd starred in were aired nationwide in China, Japan, Singapore, Vietnam and Malaysia. Lim was also the writer and actor of the critically acclaimed one-man theater show "The Rat-Ox Diaries" performed in Macau and Hong Kong. For his contributions to the Macau film and theater industry, Lim received the prestigious "Outstanding Artist Award" in Macau in 2014. Other awards include the "Top-10 Most Popular Production Award" at the annual Hong Kong Theater Awards, the "Audience Award" at the 48-hour Film Competition in Singapore, and nominations for the "Jury Award" at Sundance Film Festival. Thomas Lim was born in Singapore and trained as an actor at one of U.K's top drama colleges, Rose Bruford College. An avid backpacker, Lim traveled through 30 countries alone before he turned 30. In the last 14 years, he has lived in Hong Kong, Macau, Beijing, Shanghai, London and Tokyo.