Outside the Box [Office] and 408 Films invite you and a guest to a special screening of Linsanity. Followed by a Q&A with Producer Christopher C. Chen. 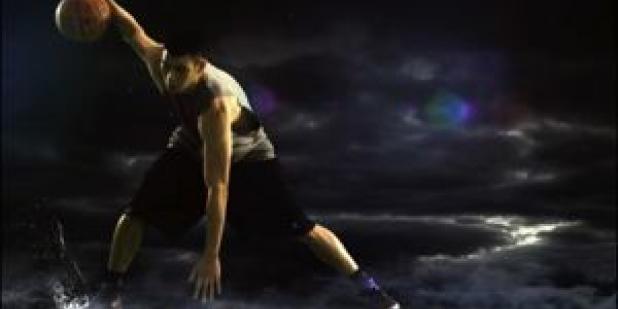 In February 2012, the New York Knicks, mired in a disappointing season and out of desperation, looked to the end of their bench and found Jeremy Lin, an undrafted free agent from Harvard. On the verge of seeing his lifelong NBA dream vanish, Lin – at, or near what was believed to be his last chance as an NBA professional, underwent a now-legendary run, obliterating stereotypes along the way, and in the process birthed a global phenomenon known as "Linsanity." Basketball -- and the world – was never the same.

Director Evan Jackson Leong chronicles Jeremy Lin's inspirational story long before that fateful month and at a time when Lin was still struggling to find a place in a league that didn't want him while never wavering on his faith and hope for an opportunity.

Christopher Chen (Producer) has been with Endgame Entertainment since its inception in 2002, producing documentary films such as The Year of the Yao, ...So Goes the Nation, and Every Little Step, which was shortlisted for the 2010 Oscar-award for Best Documentary Feature. Additionally, Mr. Chen is responsible for generating business in film, television, theater, new media and various entertainment properties.

Rachel Gandin Mark (Director of International Programs and Special Initiatives) is the sole creative producer of Walt Disney International Productions’ first Arabic-language feature film, The United, directed by Amin Matalqa. In addition to The United, Rachel set up two additional Arabic feature films in development at Disney. Rachel is currently the Director of International Programs and Special Initiatives at USC School of Cinematic Arts and the Program Administrator of the American Film Showcase, a major film diplomacy program of the U.S. Department of State. She served for 5 years as a creative consultant for the Sundance Institute’s Rawi Screenwriters Lab in Jordan and founded the Arab Film Festival in Los Angeles. Additionally, Rachel has worked in the Film Acquisitions Department at 20th Century Fox and for the indie production company, Sidney Kimmel Entertainment. She received an M.A. in Arabic from Georgetown University, a B.A. from UCLA, and lived in Cairo, Egypt for more than 3 years.
About Outside the Box [Office]

This screening is free of charge and open to the public. Please bring a valid USC ID or print out of your reservation confirmation, which will automatically be sent to your e-mail account upon successfully making an RSVP through this website. Doors will open at 6:30 P.M.

The USC School of Cinematic Arts is located at 900 W. 34th St., Los Angeles, CA 90007. Parking passes may be purchased for $10.00 at USC Entrance Gate #4, located at the intersection of W. Jefferson Blvd. & Royal Street. We recommend Parking Structure D, at the far end of 34th Street. Metered street parking is also available along Jefferson Blvd.

Followed by a Q&A with Christopher C. Chen