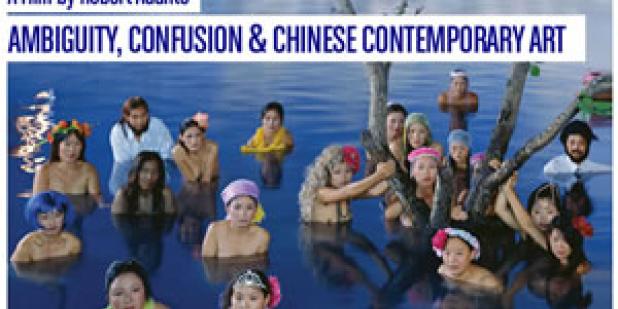 Robert Adanto's directorial debut examines the meteoric rise of some of China's talented artists, whose works reflect the country's economic, political and cultural force in the global arena. Among the featured artists are Zhang O and Song Tao, whose works are on view at PEM in Mahjong: Contemporary Chinese Art from the Sigg Collection. Director Adanto introduces his film and answers questions afterward.

Robert Adanto's The Rising Tide, which recently screened at The Hammer Museum in Los Angeles and Miami Beach Art Basel, examines China's economic and cultural metamorphosis through the work of some of the Middle Kingdom's most talented video artists and photographers, including the internationally recognized Cao Fei, Xu Zhen, Wang Qingsong, Chen Qiulin, O Zhang, Yang Yong, and Birdhead. It is narrated by Rosalind Chao and Gordon Chang, the author of The Coming Collapse of China.

The Rising Tide is an incredibly timely examination of China's growing prominence in international culture. In a climate of globalization and rapid urbanization, Chinese Contemporary Art has emerged as arguably the most vital and imaginative cultural force in the world today. "The rest of us better make an effort to grasp what their work is about, or get out of the way," says Mark Lynch, host of WICN's Inquiry, " [The Rising Tide is] an 'eye-opener' in every sense of the word, if you are an artist, curator or art teacher be sure to catch this film." "Adanto's surprisingly grim film highlights both the vitality and urgency of China's burgeoning new culture while allowing its subjects to speak of the darker and more painful aspects of change," says Gerry Mak in the on-line publication Flavorpill.

The Rising Tide was shot in Beijing, Shanghai, Guangzhou, and Shenzhen in the summer of 2006 and completed in February of 2008. It was part of the United Kingdom's China Now! festival, as part of Constant Stream: China 08 at the Royal College of Art Helen Hamlyn Centre in London, where it screened with a film by acclaimed Chinese director Jia Zhangke. Mr. Adanto's film has also screened at the Smithsonian Institution's Hirshhorn Museum and Sculpture Garden in Washington DC, The Worcester Art Museum, and The Patricia & Phillip Frost Art Museum in Miami. Additionally, Mr. Adanto's film was featured in conjunction with Shanghai Kaleidoscope, an exhibition curated by Christopher Phillips of The International Center of Photography in NY at The Royal Ontario Museum in Toronto, and it has also screened at The Bates College Museum of Art, The Kansas City Institute of the Arts, and the Pacific Asia Museum. Mr. Adanto's film has also enjoyed a featured screening at the National Center for Contemporary Art in Moscow and was an Official Selection of this year's Cape Winelands Film Festival in Cape Town, South Africa. In May and June of 2009, the film screened in conjunction with two important exhibitions of Chinese art: Mahjong: Contemporary Chinese Art from the Sigg Collection at the Peabody-Essex Museum in Salem, Massachusetts and Three Decades: The Contemporary Chinese Collection at The Queensland Art Gallery of Modern Art in Brisbane, Australia.