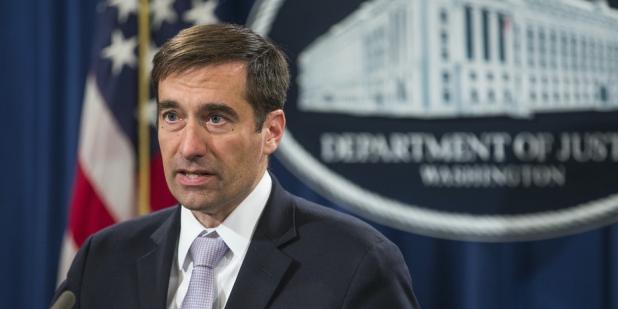 Watch the recording of the conversation.

John Demers became Assistant Attorney General for National Security in February 2018. In that capacity, he leads the Department of Justice’s efforts to combat national security related cyber-crime, terrorism and espionage, to enforce export control and sanctions laws, to use the authorities of the Foreign Intelligence Surveillance Act, and to conduct national security review of foreign investments.  In November 2018, Mr. Demers was appointed to lead the Attorney General’s China Initiative. The initiative was created to counter economic espionage that the Department described as persistent and aggressive. It seeks to curtail intellectual property and trade secret theft, hacking and crimes.

Our discussion will look at the China Initiative and the process for assessing risks posed by Chinese acquisitions or the business operations of Chinese companies in America.

From 2006 to 2009, Mr. Demers served on the first leadership team of the National Security Division, first as Senior Counsel to the Assistant Attorney General and then as Deputy Assistant Attorney General for the Office of Law & Policy.  In addition, he has served in the Office of Legal Counsel and the Office of the Deputy Attorney General.  From 2010 to 2017, he taught national security law as an adjunct professor at the Georgetown University Law Center.  Mr. Demers also clerked for Associate Justice Antonin Scalia of the U.S. Supreme Court and Judge Diarmuid O’Scannlain of the U.S. Court of Appeals for the Ninth Circuit. He graduated from Harvard Law School and the College of the Holy Cross.

Prior to rejoining the Department, Mr. Demers served as Vice President and Assistant General Counsel at The Boeing Company. He held senior positions, including the Boeing Defense, Space, and Security Division and lead lawyer and head of international government affairs for Boeing International.