"Popular Politics versus Capitalist Development: The 1989 Tiananmen Protest and China's Rise to Superpower 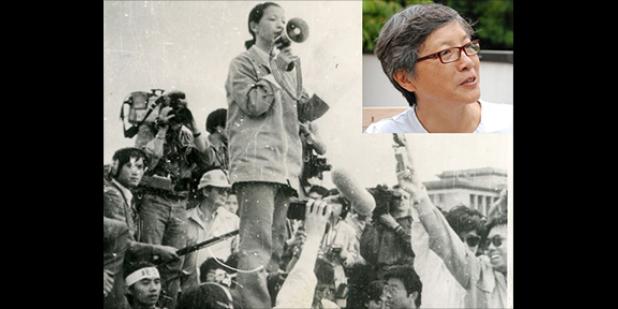 Popular Politics versus Capitalist Development: The 1989 Tiananmen Protest and China's Rise to Superpower

The so-called “Tiananmen protests” of spring 1989 was the largest anti-government campaign in the history of the People’s Republic of China. Tens of millions of people poured into streets in more than 100 cities for nearly two months, before being crushed by armed forces. For both participants at the time and commentators thereafter, it is generally recognized to be a “student-led” movement centered in Beijing’s Tiananmen Square. The central stage left to, and occupied by, young college students is testimony to a robust, youthful energy characteristic of the 1980s’ China, which engendered collective imaginations of national rejuvenation. However, this focus on students concentrates attention on struggles for political rights, leaving issues concerning deep layered socio-economic justice largely unattended. That lopsided emphasis has blinded our view of the long-term impact of the protest and its suppression. A pivotal moment in China’s Reform Era since 1979, the military crackdown on Tiananmen protests cleared hurdles that had hitherto impeded a reform path favored by Deng Xiaoping, namely, a State-controlled capitalist liberalization. Stripping political rights from the masses with naked force, the regime was subsequently able to drive hundreds of millions into an unprotected labor market and to push the majority of the country’s population into compulsory private spending on necessary public goods in education, health care, and basic housing. Reinforcing the Communist Party as the sole political power since 1989, continuous repression since 1989 has fatally damaged China’s civil society, allowing vested-interests to wreak havoc with the environment, while citizens have few recourses to fight back.

Dr. Chaohua Wang was a graduate student and a participant of the 1989 student-led protest in Beijing. She became an exile based in Los Angeles after the military crackdown 25 years ago. She then enrolled in Chinese studies program at UCLA, earning her MA and Ph.D degrees in modern Chinese culture and literature. She is now an independent scholar and a visiting lecturer in UCLA's Department of Asian Languages and Cultures. She edited a collection of translated texts by leading Chinese intellectuals, published with her own introduction under the title One China, Many Paths (Verso, 2003). The book won a Choice's Best Academic Title recognition. She has published in both English and Chinese essays on contemporary Chinese intellectual life and political analyses.

Kyung Moon Hwang is Professor of History and East Asian Languages and Cultures at the University of Southern California. He is the author of Rationalizing Korea: The Rise of the Modern State, 1894-1945 (University of California Press, 2015), A History of Korea: An Episodic Narrative (Palgrave Macmillan, 2010) and a bi-weekly column on Korean history for the Korean Times of Seoul. His research focuses on transformations in long-term historical patterns in modern era Korea.

Please RSVP online at least one week before the event.