Poetry of Protest and the 1989 Tiananmen Movement

Jiayan Mi - Associate Professor of English and World Languages & Cultures, The College of New Jersey
When:
February 5, 2015 11:30am 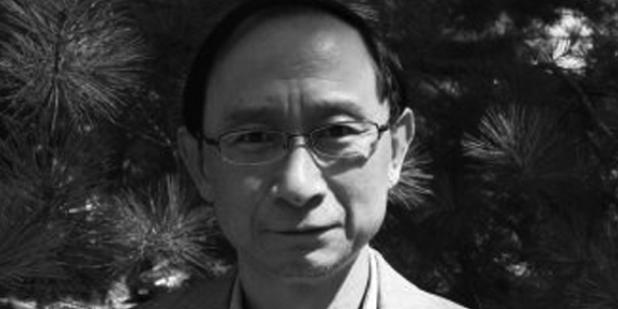 Jiayan Mi - Associate Professor of English and World Languages & Cultures, The College of New Jersey
The military crackdown of the massive student movement in Beijing’s Tiananmen Square on June 4th of 1989 has created an unforgettable date of mourning in the minds of the Chinese people.  Although voices to reclaim the movement have been suppressed by the Chinese government, the last twenty five years saw an outpouring of poetry about the June 4th incident, constituting what Jiayan Mi would call “spectropoetics” that aims for conjuring up images of the dead, fighting against the loss of memory, and calling forth a better future. In this presentation, Mi will offer some reflections on the June 4th poetry produced by some of the best contemporary Chinese poets. We will look at how this kind of poetry engages in the themes of death, mourning, trauma, resistance and conjurations in the post-1989 cultural sphere of China.
Jiayan Mi completed his M.A. in Comparative Literature at Peking University, The People’s Republic of China and his Ph.D.s in English, Comparative Literature and Visual Culture at The Chinese University of Hong Kong and the University of California at Davis. He works mainly on Literature and Chinese Modernity, East-West Comparative Poetics, New Chinese/Asian Cinema and Asian American Diaspora Literature. In addition to the publication of articles in both Chinese and English on visual and cinematic culture, globalization and cultural consumption, and East-West literary, postcolonial and gender politics, he has authored Self-Fashioning and Reflexive Modernity in Modern Chinese Poetry, 1919-1949 (2004), edited  Poetry Across Oceans: An Anthology of Chinese American Diaspora Poetry (link is external)《四海为诗：旅美华人离散诗歌精选》(2014) and Chinese Ecocinema in the Age of Environmental Challenge (2009, co-edited with Sheldon Lu).  He is currently completing a book manuscript Heteroscape: Topography and Poetics of Navigation in Modern Chinese Literature, Art and Film (Under contract with Brill).
Cost:
Free and Open to the Public
Event Website URL:
http://ceas.yale.edu/events/poetry-protest-and-1989-tiananmen-movement