Online event via ZOOM:Find out the implications of COVID-19 on Australia-China business relations. 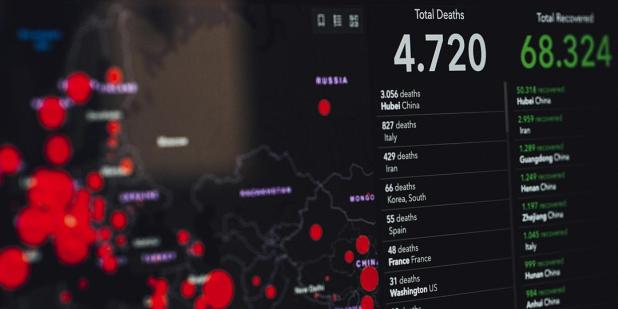 As a result of the COVID-19 pandemic, it is estimated that GDP growth in China may slow by 0.5 per cent this year. As Australia’s largest trade partner, and a key driver of global GDP growth, the implications of this impact from the Chinese economy are significant and potentially far-reaching.

What implications does the pandemic have on Australia-China business relations? What does this mean for the Australian business outlook in the short and long term? How can Australian companies deal with such impact on their operations in China and the Asian region? How do we pivot towards business recovery, and what lessons or opportunities does the crisis offer?

The China Studies Centre brings together a panel of experts to address such questions, including:

·       Professor Daojiong Zha, professor in the School of International Studies and Institute of South-South Cooperation and Development, Peking University

The discussion will be facilitated by Angus Grigg, National Affairs Correspondent for The Australian Financial Review and a two-time Walkley Award winner, with over 15 years experience as a journalist, including postings in China and Indonesia.

Dr. Geoff Raby was Australia’s Ambassador to China from 2007 to 2011. After 27 years in the public service, he completed his Ambassadorial term and resigned to establish Geoff Raby and Associates in 2011.

Before China, he was Deputy Secretary in the Department of Foreign Affairs and Trade (DFAT),2002 to 2006. He has held a number of senior positions in DFAT, including First Assistant Secretary, International Organisations and Legal Division (2001-2002), Ambassador and Permanent Representative to the World Trade Organisation, Geneva (1998-2001), First Assistant Secretary, Trade Negotiations Division (1995-1998), and APEC Ambassador (2002-2004). He was head of the Trade Policy Issues Division in the OECD in Paris during 1993-95.

He is also Chair of the Murdoch University’s Vice Chancellors Advisory Board, Western Sydney University’s Australia-China Institute of Arts and Culture and VisAsia at the NSW Gallery, he is also a member of the board of the Garvan Foundation.

Educated at universities in Germany, Taiwan and Japan, Hans did his postgraduate research at the Contemporary China Institute at the School of Oriental and African Studies, University of London. He speaks and writes fluent Chinese and is a frequent commentator on China business and Australia China business relations in national and international media. His team reports with KPMG on Demystifying Chinese Investment in Australia receive wide international coverage.

Hans’ main research interests are the emergence of China’s private enterprise sector and more recently the global expansion of Chinese enterprise activity, including their investment in Australia and the wider region. The focus of his teaching and PhD supervision is on business institutions from an enterprise perspective and the embeddedness of Chinese entrepreneurship in formal and informal institutions.

Sara Cheng has over 20 years of experience in international trade and business consultancy both in China and Australia. Sara is also a widely-recognized speaker and writer on doing business with China, and co-authored the book Engaging China – The Realities for Australian Businesses.

Sara established and strengthened the strategic alliances with Chinese government agencies on national, provincial and municipal levels, including the Ministry of Commerce, Shanghai Municipal government, etc. She leveraged these partnerships to keep ahead of the market trends, identify opportunities and establish critical business contacts for Australian businesses.

Zha Daojiong is a professor in the School of International Studies and Institute of South-South Cooperation and Development, Peking University. His areas of expertise include international political economy and China’s international economic relations, particularly the fields of energy and natural resources, development aid and the economics-political nexus in the Asia Pacific region. In recent years his research extended to political and social risk management for Chinese corporations engaged in non-financial investments abroad, including the publication of an edited volume Chinese Investment Overseas: case studies on environmental and social risks, Peking University Press, 2014 and Risk Management under the Belt and Road Initiative: economic and societal dimensions, Oceanic Press, 2017).

He served as inaugural Rio Tinto China fellow at the Lowy Institute. He is a member of the China chapter of the Council for Security Cooperation in the Asia Pacific (CSPAC) and the China Association for International Exchange.

He joined the faculty of Peking University in 2007 and held prior positions at the Renmin University of China, the International University of Japan and University of Macau. He studied at the East West Center and the University of Hawaii, where he earned a Doctoral degree in political science.

This event will be held on Thursday, April 23rd at 10AM Australian Eastern Standard Time and Wednesday, April 22nd at 5PM Pacific Time.