The Long US-China Institute invites you to an exciting lineup of events, featuring talks and discussions on contemporary China and its dynamic with the U.S., with focus on defining political, social, and cultural influences. 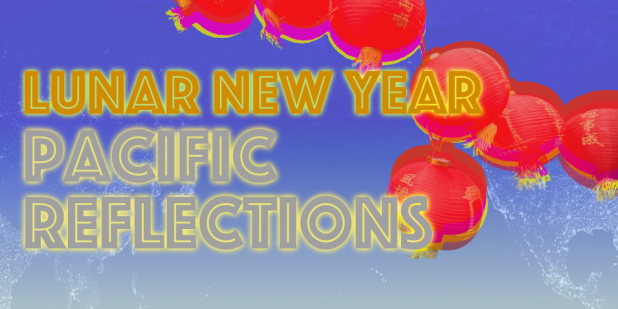 A time of reunion, Lunar New Year invites celebrants to revisit familiar faces in family, friends, and folklore. On various shores of the Pacific Ocean, this is an occasion to reconnect with what and, more importantly, who brings us close.

Embracing this spirit, the Long US-China Institute invites you to an exciting lineup of events, featuring talks and discussions on contemporary China and its dynamic with the U.S., with focus on defining political, social, and cultural influences.

Watch a live taping of Sinica Podcast on SupChina, a weekly podcast known for its incisive commentary, wry humor, and in-depth interviews with a range of guests versed in Chinese politics, culture, history, media, and more. Special guest to be announced soon.

Jeremy Goldkorn is co-host and co-founder of the Sinica podcast and currently acting editor-in-chief of SupChina.com. He moved to China in 1995 and became managing editor of Beijing's first independent English-language entertainment magazine. In 2003, he founded the website and research firm, Danwei, which tracked Chinese media, markets, politics and business. It was acquired in 2013 by the Financial Times.

Goldkorn is founder of Great Wall Fresh, a social enterprise to help Chinese peasant farmers run small tourism businesses catering to foreign outdoor enthusiasts.  He has lived in a worker’s dormitory, produced a documentary film about African soccer players in Beijing, and rode a bicycle from Peshawar to Kathmandu via Kashgar and Lhasa.  He moved to Nashville Tennessee in 2015 and is a board member of the Tennessee China Network.

Kaiser Kuo is host and co-founder of the Sinica podcast, a weekly discussion of current affairs in China, and editor-at-large of SupChina.com. He previously served as director of international communications for Baidu, China's leading search engine, and worked for many years as a technology reporter in China.

Kaiser is a graduate of the University of California, Berkeley, and received an MA in East Asian Studies from the University of Arizona. A dedicated bridge-builder between China and the U.S., he was co-founder of the seminal Chinese heavy metal band Tang Dynasty, which he started in 1989. He left the band in 1999, and later co-founded Spring & Autumn (Chunqiu), another Beijing-based Chinese heavy metal band, in which he played guitar. He left China after over 20 years in 2016, and now lives in Chapel Hill, North Carolina, with his wife and two children.

Dive into the web that interconnects digital citizens in China as Kaiser Kuo — former director of international communications at Baidu, China’s go-to search engine and e-commerce platform, influential heavy metal musician, and all-around tech expert — tells tales from both sides of the Great Firewall. Topics will include censorship, the plight of foreign (particularly the U.S.) Internet companies, innovation, and social impact.

CULTURAL FLOWS BETWEEN CHINA AND AMERICA: A ROUNDTABLE

In artistic expression, boundaries between China and the U.S. can and do often blur. Discover the cultural ties that inextricably link China and the U.S., in film, literature, and song, with Jeffrey Wasserstrom, Chancellor’s Professor of History at UCI, who will moderate a robust roundtable with fellow scholars, Michael Berry, Daphne Lei and Hu Ying along with celebrated musicians Wu Fei and Abigail Washburn. Together, they will explore spaces, created through art and performance, that defy stereotypes and transcend genres.

Daphne Lei, a specialist in Chinese opera and its reception in America based at UCI's Department of Drama

Jeffrey Wasserstrom, a prolific writer and cultural historian based at UCI’s History Department who also holds courtesy appointments in the Law School and with the Literary Journalism Program