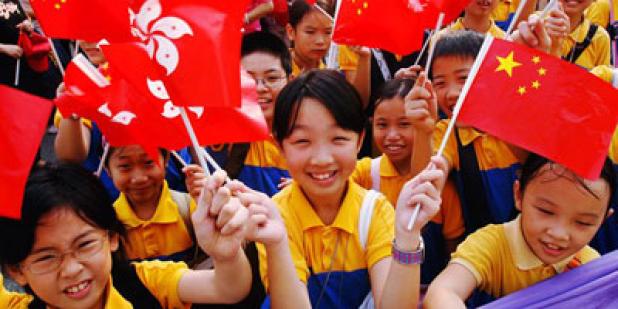 To mark the 10th anniversary of the establishment of the Hong Kong Special Administrative Region (香港特别行政区政府), China's Ministry of Culture commissioned a photographic examination of this diverse and exciting city. The exhibition consists of 66 large images covering everyday life, architecture, trade, cultural activities, and more. These images will be displayed in USC's East Asian Library from June 27 through July 1. The East Asian Library is now part of Doheny Library. Visitors to the exhibition may also tour the library's new reading and meeting spaces.

On Wednesday, June 27, PRC Consul General Zhang Yun and USC Vice Provost Adam Clayton Powell III will launch the exhibition at an invitation-only reception. Both Zhang and Powell were in Hong Kong on July 1, 1997 when the Hong Kong SAR was born.

Zhang Yun (张云) became Consul General of the Los Angeles Consulate in April 2007. Previously, Zhang served as ambassador to Singapore, Sri Lanka, and the Maldives. He has held a wide variety of posts, including service as Director General of the Ministry of Foreign Affairs Department of Protocol, and posts in the General Office and the Department of Asian Affairs. Zhang has also been posted to India. For more information, please visit the website of the Consulate General of the People's Republic of China in Los Angeles.

On Thursday, June 28, the USC U.S. - China Institute and the Center on Public Diplomacy will host a panel discussion on "Hong Kong since 1997." Panelists include political scientists Stanley Rosen and James Tong. Rosen heads USC's East Asian Studies Center and Tong is the former director of UCLA's Center for East Asian Studies. The discussion is 3- 5 pm in the USC University Club's Pub Room. Refreshments will be served.