New roads, old stories: An anthropology of infrastructure and travel in the age of the BRI

Join Agnieszka Joniak-Lüthi from the University of Zurich for her speech on the infrastructure and travel in the age of the Belt and Road Initiative. 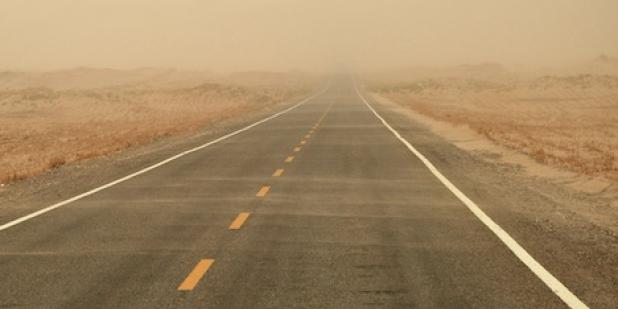 Lecture: Center for Chinese Studies: Institute of East Asian Studies | March 31 | 5-7 p.m. | 180 Doe Library
Speaker/Performer: Agnieszka Joniak-Lüthi, University of Zurich
Sponsors: Institute of East Asian Studies (IEAS), Center for Chinese Studies (CCS), Institute of Slavic, East European, and Eurasian Studies (ISEEES), Central Asia Working Group
A traveler through western China in the late 1990s (and earlier) was aware that things would not be smooth. The roads outside of the main tourist corridors were in many cases basic gravel or dirt tracks, timetables were flexible or non-existent, and many places in ethnic minority areas were closed to foreign travelers by a Chinese government unwilling to open up to the gaze of foreigners. Back then, travel usually involved hour-long procedures of obtaining permits as well as daily interrogations by the police. These were slow journeys in terms of the means of transportation used and the road infrastructure, but also in terms of crossing that sensitive bureaucratic terrain. Since 2013, when the Open Up the West program made way for the Belt and Road Initiative (BRI), many dirt roads in western China have received new tarmac covers, and plenty of new expressways and airports have been built. The infrastructure to potentially go anywhere is in place, but for many actual journeys remain no less stuttering and confusing than they were in the 1990s. This talk will reflect on how the bureaucratic terrain of western China continues to affect the ways in which human beings can travel, and more generally “be,” in this region of Asia. It will also discuss the opacity of the promise that the new infrastructures give, and finally ponder the question of how anthropological knowledge can contribute to understanding infrastructural mega-initiatives like the BRI.
Agnieszka JONIAK-LÜTHI is Assistant Professor of Social Anthropology at the University of Zurich, Switzerland, and heads the team project ‘ROADWORK: An anthropology of infrastructure at China’s Inner Asian borders’. Agnieszka’s regional expertise centers on the People’s Republic of China and the Sino-Central Asian borderlands. She is currently focusing on the challenges of infrastructure maintenance in the fluid landscape of the Sino-Central Asian borderlands, and on how temporalities of materials, investment, discourses, government agendas, ecosystems and humans affect the social life of infrastructures in this part of Asia.
Event Contact: fbille@berkeley.edu
Event Website URL:
http://events.berkeley.edu/index.php/calendar/sn/ieas.html