The Myth of the Nuclear Family and the Rise of Individualized Households: Families in Shanghai

Shen Yifei will speak on the concept of the "individualized family" at UCLA. 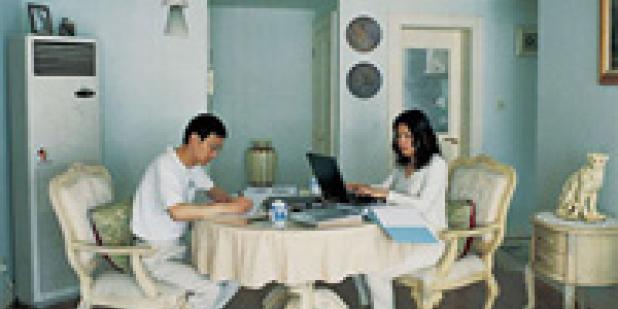 It is generally acknowledged that modernization has given rise to the nuclearization of the family, with an emphasis on conjugal rather than generational (parent-child) ties. In light of this assumption about the transition toward the "modern form," the developmental trajectory of the Chinese family has appeared identical with its Western counterpart, ad its particularities have been rendered irrelevant.

By way of a thick description of 46 white-collar families (households shared by couples and their parents), this talk aims to show that the conventional classification scheme of families (nuclear/stem/joint families) has led to zombie categories which are divorced from reality. Professor Shen argues that we need a new approach to analyzing the increasingly diverse, multi-level family structure and intergenerational relations. Guided by the insights obtained from the theory of individualization, Shen set ups a new analytical framework for the ethnographic inquiry into the inner workings of the Chinese family under the dual impact of modernization and traditionalism.

The concept of the "individualized family" provides a new perspective for analyzing the logic of everyday life and obtaining a better understanding of intergenerational relations. If appropriately applied, the findings of Professor Shen's research may help offer policy recommendations in terms of resolving intra-family conflicts and related social and community problems.

Shen Yifei (Ph.D., Sociology, Fudan University, 2010) is a Lecturer in the Department of Sociology, Fudan University. Among her publications (in Chinese) are A Study of Gender Mainstreaming in Specific Policy Contexts in China: Political Participation, Legal Status, and Social Security (Shanghai Academy of Social Sciences Press, 2008), and Women Are Constructed: Contemporary Theories of Gender (Shanghai Renmin Press, 2005).