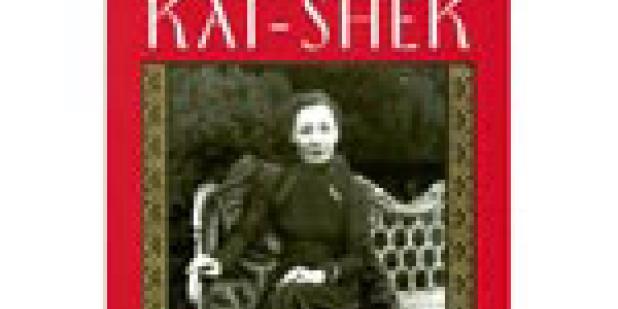 Books will be available for purchase
Refreshments will be served
RSVP AT (213) 250-9888 or Karen.oca.gla@gmail.com

"Laura Tyson Li's incisive new biography… rises to the tall task of capturing this pivotal figure in all her splendor and humiliation, against a backdrop of war, revolution and unending political turmoil….

Li delivers a thoughtful portrait of a complex woman and resists the considerable temptation to crucify her."

"...fascinating and truly magnificent...a nuanced, balanced, and amazingly detailed look at one of the most admired yet polarizing women of the 20th century."

MADAME CHIANG KAI-SHEK, China's Eternal First Lady tells the story of an extraordinary woman who symbolizes America’s long, vexed love affair with China, as well as China’s own struggle to define itself as a world power. Brilliant, charismatic, and glamorous, she was both celebrated as "the world’s greatest living woman" and condemned as a scheming and manipulative "Dragon Lady."

Laura Tyson Li spent a decade living in China, Hong Kong, and Taiwan, during which she was variously a student, business reporter for the South China Morning Post, and Taiwan correspondent for the Financial Times (1994-98). She has also written articles for The Economist and many other publications. Ms. Tyson Li grew up in Cornwall, Connecticut and graduated from Dartmouth College, where she majored in East Asian Studies. She now lives in New York City with her husband and two daughters. Madame Chiang Kai-shek: China's Eternal First Lady is her first book.