A Conversation with Ambassador John Negroponte and Clayton Dube. 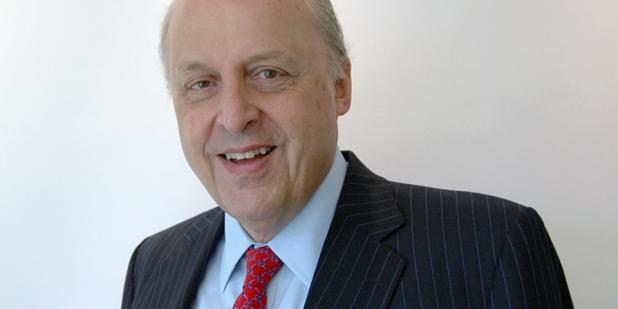 Watch a video of the conversation.

Ambassador Negroponte, joined McLarty Associates in 2009, following a distinguished career in diplomacy and national security. He held government positions abroad and in Washington between 1960 and 1997 and again from 2001 to 2008. He has been Ambassador to Honduras, Mexico, the Philippines, the United Nations, and Iraq. In Washington he served twice on the National Security Council staff, first as Director for Vietnam in the Nixon Administration and then as Deputy National Security Advisor under President Reagan. He has also held a cabinet-level position as the first Director of National Intelligence under President George W. Bush. His most recent position in government was as Deputy Secretary of State, where he served as the State Department’s Chief Operating Officer. While in the private sector from 1997 to 2001, Ambassador Negroponte was Executive Vice President of the McGraw-Hill Companies, with responsibility for overseeing the company’s international activities. During those years he was also Chairman of the French-American Foundation.
Ambassador Negroponte serves as Chairman Emeritus of the Council of the Americas/Americas Society. He is also Co-chairman of the US-Philippines Society and a past member of the Secretary of State’s Foreign Affairs Policy Board. He has also served as Chairman of the Intelligence and National Security Alliance. From 2009 to 2016, Mr. Negroponte taught international relations at Yale’s Jackson Institute and from 2016 to 2018 at The Elliott School for International Affairs at George Washington University. He currently holds the James R. Schlesinger Distinguished Professor at the University of Virginia’s Miller Center. Ambassador Negroponte has received numerous awards in recognition of his more than four decades of public service, including the State Department’s Distinguished Service Medal on two separate occasions, the highest award which can be conferred by the Secretary of State, and on January 16, 2009, President Bush awarded Ambassador Negroponte the National Security Medal for his outstanding contributions to US national security.

Clayton Dube heads the USC U.S.-China Institute which focuses on the multidimensional and always changing U.S.-China relationship. Dube has earned teaching awards at three universities. Trained as a historian, he first lived in China in 1982-85 and carried out research there in 1989 and 1991-92. He’s visited another fifty-plus times for research, teaching, and to lead groups of students and teachers. Dube is a director of the National Consortium for Teaching about Asia (NCTA) and serves on the editorial boards of Education about Asia and the International Review of Chinese Studies. He was previously associate editor of Modern China. Dube has produced several documentary films and consulted on others. The best known of these is the twelve-part Assignment: China series on American media coverage of China since the 1940s.