Little Soldiers: An American Boy, a Chinese School, and the Global Race to Achieve 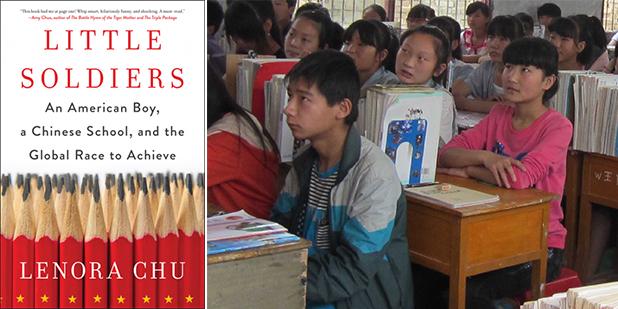 Click here to watch a video of the presentation.
About the Book
In the spirit of Battle Hymn of the Tiger Mother, Bringing up Bébé, and The Smartest Kids in the World, a hard-hitting exploration of China’s widely acclaimed yet insular education system—held up as a model of academic and behavioral excellence—that raises important questions for the future of American parenting and education.
When students in Shanghai rose to the top of international rankings in 2009, Americans feared that they were being "out-educated" by the rising super power. An American journalist of Chinese descent raising a young family in Shanghai, Lenora Chu noticed how well-behaved Chinese children were compared to her boisterous toddler. How did the Chinese create their academic super-achievers? Would their little boy benefit from Chinese school?
Chu and her husband decided to enroll three-year-old Rainer in China’s state-run public school system. The results were positive—her son quickly settled down, became fluent in Mandarin, and enjoyed his friends—but she also began to notice troubling new behaviors. Wondering what was happening behind closed classroom doors, she embarked on an exploratory journey, interviewing Chinese parents, teachers and education professors, and following students at all stages of their education.
What she discovered is a military-like education system driven by high-stakes testing, with teachers posting rankings in public, using bribes to reward students who comply, and shaming to isolate those who do not. At the same time, she uncovered a years-long desire by government to alleviate its students’ crushing academic burden and make education friendlier for all. The more she learns, the more she wonders: Are Chinese children—and her son—paying too high a price for their obedience and the promise of future academic prowess? Is there a way to appropriate the excellence of the system but dispense with the bad? What, if anything, could Westerners learn from China’s education journey?
Chu’s eye-opening investigation challenges our assumptions and asks us to consider the true value and purpose of education.
About the Author 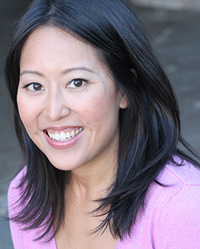 Lenora Chu is an American writer and journalist with degrees from Stanford and Columbia. A former contributing writer for CNNMoney.com and a broadcast correspondent with Thomson Reuters, she began her journalism career as a political reporter in the United States. Her work has appeared in the New York Times, Science, the Christian Science Monitor, and on various NPR shows, including Marketplace and PRI’s The World.
Copies of the book will be available for purchase and signing.