The USC School of Cinematic Arts invites all audiences to attend a preview screening of a film that discusses migrant workers. 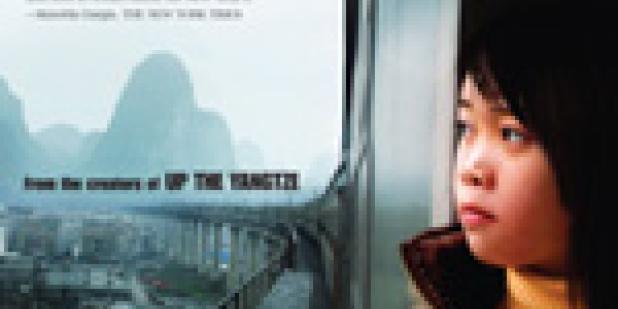 Every spring, China's cities are plunged into chaos as 130 million migrant workers journey to their home villages for the New Year's holiday. This mass exodus is the world's largest human migration—an epic spectacle that reveals a country tragically caught between its rural past and industrial future.

Working over several years in classic verité style Chinese-Canadian filmmaker Lixin Fan (with the producers of the award-winning hit documentary Up the Yangtze) travels with one couple who have embarked on this annual trek for almost two decades. Like so many of China's rural poor, Changhua and Sugin Zhang left behind their two infant children for grueling factory jobs. Their daughter Qin—now a restless and rebellious teenager—both bitterly resents their absence and longs for her own freedom away from school, much to the utter devastation of her parents. Emotionally engaging and starkly beautiful, Last Train Home's intimate observation of one fractured family sheds light on the human cost of China's ascendance as an economic superpower.

I used to work at TV stations in China. During those days I traveled to different parts of the county. The sharp contrast between the lives in cities and countryside always struck me. Submerged under the glamour of the modern metropolis, the poverty in the vast rural area is overwhelming. As I traveled, I started to focus on the migrant workers, whom I believe have contributed the most to China's prosperity but benefited the least. Aside from many hardships in life, they also have to bear constant separation from their families who are left behind. I decided to document the lives of this group in a unique position in China (and the world's) history.

The annual migrant exodus between cities and countryside during the week of the Chinese New Year provided me a perfect background for the film to closely examine the plight of the workers. The migrant Zhang's family story speaks for millions. Through their story, the film scrutinizes social inequality raised in a nation's industrial endeavor, and how the process is affected by globalization on both a social and humanistic level. By observing the fate of one family, the smallest and seemly stable cell in a fast evolving society, I hope to articulate the complication between a nation’s ambition to raise and it impact on culture, society and individual.

On a cultural level, Confucian value of filial piety (respect for elders and ancestors) has long played a big role in Chinese lives. Being away from one's family was never encouraged, but a changing society shifted the value toward a pragmatic approach of bettering one's material life. Parents work away from home; they send all savings to the grandparents and kids. Sadly, providing material comfort alone does not translate into filial affection. Without parental presence and emotional support for the left-behind children, they do not connect or sympathize with their parents, as the gap between them can widen into an irreparable split.

On a national level, China is dashing to become a richer country, should tradition, morality, and humanity be drowned in a world of tireless rumbling factories is the question we should ask. For a government, to keep the fine balance between the economic development and the welfare of all people is the ultimate challenge in a time of change. In Taoism, we know that in nature, opposites must coexist harmoniously; a balance of opposites creates the best situation for harmony and calm. This is what we hope for the future.