Jeffrey Parker, an independent healthcare publisher in Shanghai, reports on training exchanges between the world's two most populous countries. 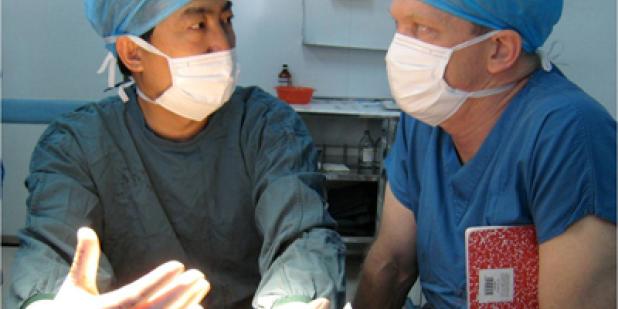 In the four years since a State Council think tank, the Development Research Center, bluntly declared the failure of three decades of healthcare reform, China has placed a high political priority on designing, building and financing a modern, equitable health delivery system that serves all of its 1.3 billion people. As publisher of practice-building trade magazines for medical specialists in China and India, Jeffrey Parker has developed unique and valuable perspectives on what's wrong with China's healthcare system -- and how some Indian practitioners are able to deliver impressive results despite a per-capita GDP that is roughly half of China's. Through an unprecedented China-India training exchange, Mr. Parker has begun testing whether Indian models of self-financed grassroots medical startup practices can help doctors shake free of China’s Stalinist paralysis without having to wait for sweeping programmatic reforms that are always on the horizon, but seem never to come. What's more, would such grassroots empowerment models not create unprecedented opportunities for participation by international investors who up to now have been largely marginalized in China's healthcare development?

In this presentation, Mr. Parker explains how the gradual opening and diversification of China's media market has allowed his magazines to better serve Chinese doctors while Beijing attempts to remake the healthcare system -- one of the most challenging restructurings of the reform era. Several reforms already under way are creating conditions for rapid organic development, especially in the countryside. These include:

* Health insurance: An ambitious rural reimbursement scheme that already has begun to complete a nationwide healthcare safety net. The program is creating a vast pool of funds to finance rural medical services, but how will Beijing populate the countryside with sustainable grassroots practices?

* Financial reforms: The first domestic healthcare IPO, by which Aier Ophthalmology raised some $50 million as one of 28 debut listings in the Shenzhen's new "ChiNext" Growth Enterprise Market. New wind in the sails of healthcare privatization?

* Licensure: Licensing reforms that have begun delinking doctors' certification from their "work unit" hospitals under trials in Beijing and Yunnan, removing a vexing obstacle to hands-on surgical training of young practitioners. Will the breaking of senior doctors' "skills monopoly" create opportunities for private-sector training programs that will shake up China's Soviet-style residency programs?

Jeffrey Parker has lived in Greater China since 1990, first as a journalist and since 2003 as a publisher. His transition from chronicler of China's historic rise to active proponent of its economic development gives him a unique perspective on the opportunities still opening up in China -- and the challenges facing anyone keen to participate. With a twin B.A. in Asian Studies and Geography from U.C. Santa Barbara and Masters training in Journalism from Columbia University, Parker trimmed his sails for a China career from an early age. After early editorial jobs in New York and Washington, D.C., he was dispatched to Beijing by United Press International as senior correspondent in 1990. During the next 10 years with UPI and then Reuters, he covered a wide range of political, economic and social stories from postings in Hong Kong, Taiwan and the Peoples Republic. In his final two years at Reuters, Parker moved into media development, launching local-language multimedia news and video feeds in China, Japan, Korea, India and Southeast Asia. Since 2003, Parker has built up a family of world-class doctors' magazines serving more than 50,000 specialists in China and India from the Shanghai base of ILX Media Group, where he is editorial director, chief operating officer, a corporate director and investor. Among his objectives is to help foster a badly needed transformation of medical practice across China by inspiring grassroots doctors to deliver high-quality, cost-effective services in rural and less-developed communities left behind by government health care.