Celebrate the opening of the latest exhibition at Folger Shakespeare Library. 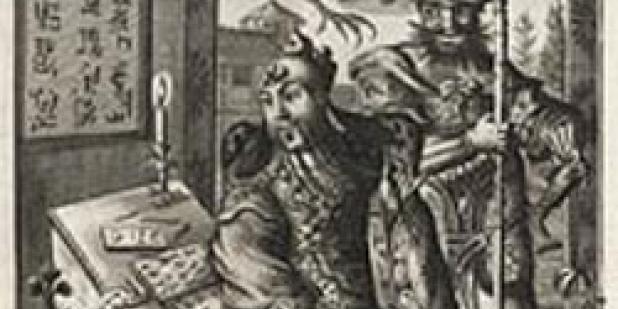 Early modern Europeans imagined China as a land of wonder, of riches, and of enormous opportunity. Rare books and maps from the Folger collection, along with items from the Library of Congress and the Walters Arts Museum, capture England's dawning cultural awareness and admiration of things Chinese.

• Early maps of China. From the Greek scientist Ptolemy in the 2nd century to Marco Polo over 1,000 years later, Europeans were endlessly curious about the vast empire to the east.

• A multilingual Bible. The Chinese text included in the Bible is not actually a translation of sacred scripture, and was added in as a curiosity.

• Woodcuts and early illustrations. As Europeans explored eastward, depictions of wildlife, people, and other aspects of China were popular parts of travelers’ stories.