Canada was one of the first Western countries to sign an agreement to provide development aid to China in 1983, and the Canadian International Development Agency invited universities to cooperate in ways that would facilitate “the multiplication of contacts at the thinking level.” 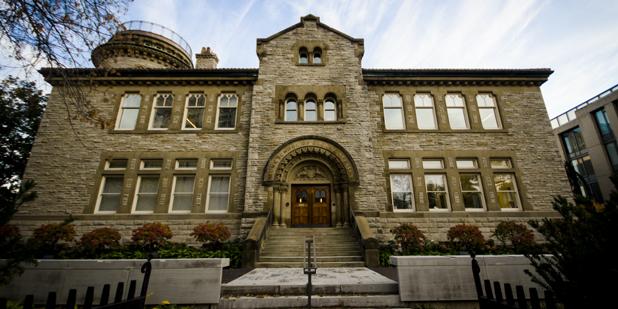 Canada was one of the first Western countries to sign an agreement to provide development aid to China in 1983, and the Canadian International Development Agency invited universities to cooperate in ways that would facilitate “the multiplication of contacts at the thinking level.”

In Canadian Universities in China’s Transformation, leading scholars from Canadian and Chinese universities elaborate on the historical experience of collaboration in areas as different as environmental sciences, marine science, engineering, management, law, agriculture, medicine, education, minority cultures, and women’s studies. Contributors use theoretical frames such as dependency theory, human capital, the knowledge economy, and Habermas’s theory of communicative action, to facilitate a striking dialogue between Canadian and Chinese perspectives as common questions are addressed. They provide key insights into factors that ensured the long-term success of some partnerships, as well as barriers that hindered others, and vivid lessons for current collaboration. Case studies include a project that began with the training of Chinese judges developing into reciprocal programs in legal education in China, Canada, and Latin America, and an examination of how joint environmental research has had policy impacts at national and international levels.

Presenting the story of universities working together shortly after the devastating Cultural Revolution, Canadian Universities in China’s Transformation is a unique account of partnerships in knowledge production and application and their resulting impacts.

Jing M. Chen is a Professor and Canada Research Chair in the Department of Geography at the University of Toronto and a Fellow of the Royal Society of Canada.
He served as project director for “Confronting Global Warming: Enhancing China’s Capacity for Carbon Sequestration (2002-6)”. He is currently a senior consultant to China’s Ministry of Science and Technology, advising on key national research programs.

Bernie Michael Frolic is Professor Emeritus, Political Science, York University and Senior Researcher at the Munk School for Global Affairs University of Toronto. He is the author/editor of Mao’s People (Harvard University); Reluctant Adversaries, Canada and the PRC, 1949-1970 (University of Toronto); Civil Society in China(M.E.Sharpe); Civil Society and Human Rights in Southeast Asia.(University of Toronto/York University). Currently Director of the York Asian Business Management Programme that has trained over 4000 Chinese Party and government officials, executives, and educators in Canada and China. He is completing a book on 50 years of Canada-China relations.

Ruth Hayhoe is a Professor of Comparative Higher Education at the Ontario Institute for Studies in Education of the University of Toronto. Her most recent book, China Through the Lens of Comparative Education came out with Routledge’s World Library of Educationalists in 2015.

Ping-chun Hsiung is a Professor of Sociology at the University of Toronto. Her research areas include gender roles and family relations in Chinese societies; feminist methodologies and epistemologies; and practices and the development of critical qualitative research in the Global South. She has collaborated with Chinese feminist scholars to establish curricula and women’s studies programs in key Chinese universities.

Guy Lefebvre served as the Dean of the Faculty of Law of the Université de Montréal from April 2012 to October 2014, when he was appointed Vice-Rector, International Relations and à la Francophonie. He is the author of numerous publications in French, English, Chinese, and Portuguese. Lefebvre teaches at several universities, including the China University of Political Science and Law (CUPL), the East China University of Political Science and Law. In 1997, he founded the Centre for the Law of Business and International Commerce of his faculty. Lefebvre has received several distinctions during his career, including the Canadian Bar Association’s Paul-André-Crépeau Medal and the Medal of Merit from CUPL. He is also Fellow of the Centre for Public Law at the Chinese Academy of Social Sciences.

Julia Pan is an adjunct faculty member in the Department of Leadership, Higher & Adult Education of OISE/UT. Over the last two decades, Julia has directed and managed Canadian government sponsored Canada-China University Linkage Programs in the areas of higher education and environmental studies, collaborating with many Canadian and Chinese leading institutions nationwide.

Joseph Whitney, FRGS is Professor Emeritus at the University of Toronto, Department of Geography and Past-Chair. He received his undergraduate and graduate degrees from Cambridge University and the University of Chicago, respectively. He was Director, Joint York/Toronto Centre on Asia-Pacific Studies and has directed several major environmental projects in Asia and Africa.
Qiang Zha is an associate professor at Faculty of Education, York University, Canada. His recent books include Portraits of 21st Century Chinese Universities (co-author, 2011), Education and Global Cultural Dialogue (co-editor, 2012), Education in China: Educational History, Models, and Initiatives (editor, 2013), and Canadian Universities in China’s Transformation: An Untold Story (co-editor, 2016).