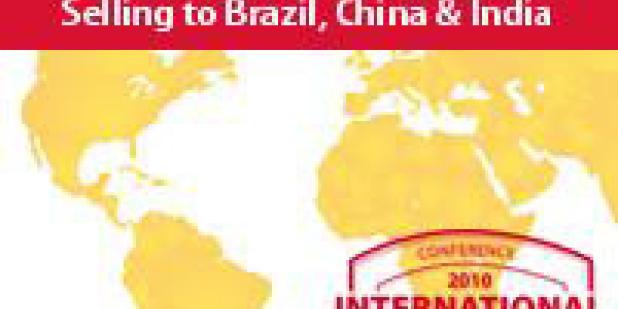 The Xavier University, Southern Ohio District Export Council (SODEC) International Trade Conference is in its 5th year and is organized by U.S. Department of Commerce’s U.S. Commercial Service - Cincinnati. It is the region’s largest international event of its kind.  This year’s conference, “Hot Market Watch: Selling to Brazil, China & India,” will provide market updates, tools, and resources for companies interested in selling to or expanding further into these markets.

While these countries are “hot markets” for U.S. companies, they are not without challenges and obstacles.  This conference will address some of these concerns and provide information to help you navigate through these complex, but potentially rewarding markets.  It will also show how other companies are successfully selling to Brazil, China & India.

* U.S. exports of goods to China totaled USD$71.5 billion for the year in 2008
* In 2008, U.S. exports to China increased by 9.5 percent from the year prior, helping to make China one of the fastest growing foreign markets for U.S. goods
* In 2008, the Chinese government unveiled a USD$585 billion economic stimulus plan.