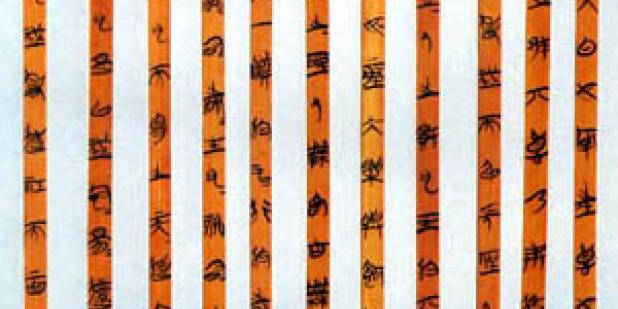 Professor Chen will speak in Chinese.

Chen Lai, one of China's most prominent scholars of the history of Chinese philosophy, is a Professor of Philosophy at Peking University and the director of the Center for Confucian Study and the History of Chinese Philosophy at Peking University. Chen he received his Ph.D. from Peking University, where studied under Zhang Dainian and was a special assistant to famous scholar Feng Youlan (Fung Yu-lan). He has been named an honorary professor at eleven universities and is a member of the editorial boards of sixteen academic journals. He has been a scholar in residence at Harvard University and at universities in Japan, Hong Kong and Taiwan. Professor Chen has published 15 books and 260 essays. His current research is on Confucianism/Neo-Confucianism and the recently uncovered Guodian bamboo strips.

Regarding the Guodian texts, the Harvard Gazette had the following to say:

Near a river in Guodian, China, not far from a farmhouse made of earth and thatched with straw, Chinese archaeologists in 1993 discovered a tomb dating back to the fourth century B.C. The tomb was just slightly larger than the coffin and stone sarcophagus within. Scattered on the floor were bamboo strips, wide as a pencil, and up to twice as long.

On closer scrutiny, scholars realized they had found something remarkable. "This is like the discovery of the Dead Sea Scrolls," says Tu Weiming, director of the Harvard Yenching Institute. . . ." The 800 bamboo strips bear roughly 10,000 Chinese characters; approximately one-tenth of those characters comprise part of the oldest extant version of the Tao Te Ching (Daodejing), a foundational text by the Daoist philosopher Laozi, who may have lived in the sixth century B.C. The remaining nine-tenths of the writings appear to be written by Confucian disciples, including Confucius' grandson Zisi, in the first generation after Confucius' death. (Confucius lived from 551 to 479 B.C.) These texts amplify scholars' understanding of how the Confucian philosophical tradition evolved between Confucius' time and that of Mencius, a key Confucian thinker who lived in the third century B.C.