University of California, Los Angeles Asia Institute hosts a panel discussion of the security climate in Asia 70 years after WWII. 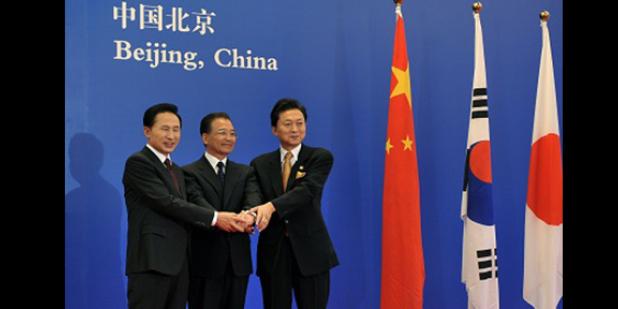 SUSAN L. SHIRK is Ho Miu Lam Endowed Chair in China and Pacific Relations, Director of the University of California Institute on Global Conflict and Cooperation (IGCC) and Professor at UCSD. She first traveled to China in 1971 and has been doing research there ever since.

From 1997-2000, Shirk served as Deputy Assistant Secretary of State in the Bureau of East Asia and Pacific Affairs, with responsibility for China, Taiwan, Hong Kong and Mongolia. In 1993, she founded, and continues to lead, the Northeast Asia Cooperation Dialogue (NEACD), an unofficial “track-two” forum for discussions of security issues among defense and foreign ministry officials and academics from the United States, Japan, China, Russia, and the Koreas. Shirk served as a member of the U.S. Defense Policy Board, the Board of Governors for the East-West Center (Hawaii), the Board of Trustees of the U.S.-Japan Foundation, and the Board of Directors of the National Committee on United States-China Relations. She is a member of the Council on Foreign Relations, the Trilateral Commission, and an emeritus member of the Aspen Strategy Group. As Senior Director at Albright Stonebridge Group, Shirk assists private sector clients with issues related to China and East Asia.

Shirk's publications include her books, How China Opened Its Door: The Political Success of the PRC's Foreign Trade and Investment Reforms; The Political Logic of Economic Reform in China; Competitive Comrades: Career Incentives and Student Strategies in China; and China: Fragile Superpower. Her edited book, Changing Media, Changing China, was published in 2011.

GENE PARK is an associate professor of Political Science at Loyola Marymount University. He specializes in comparative politics, international relations, and political economy.  Park's research focuses broadly on understanding the reciprocal relationship between politics and markets. Current projects include a comparative study of the politics of budget deficits, a study of Japanese monetary policy, and a survey study on the determinants of tax attitudes. His publications include a co-edited volume (with Eisaku Ide) –Shifting Fortunes: Deficits and Debt in the Industrialized Democracies (Routledge, early 2015) – and a book entitled Spending without Taxation: FILP and the Politics of Public Finance in Japan (Stanford University Press, 2011). His work also has appeared or is forthcoming in: Asian Survey, Governance, and The Pacific Review.

Prior to arriving at LMU, he taught at Baruch College, City University of New York. Professor Park has been a Shorenstein Fellow at Stanford University’s Asia Pacific Research Center (APARC) and a summer Japan Fellow at the Center for Strategic and International Studies. He also spent two years as a researcher at Japan’s Ministry of Finance.

PHILIP YUN is currently Executive Director and COO of Ploughshares Fund. Prior to joining Ploughshares Fund, he was a vice president at The Asia Foundation (2005-2011), a Pantech Scholar in Korean Studies at the Shorenstein Asia Pacific Research Center at Stanford University (2004-2005) and a vice president at the private equity firm of H&Q Asia Pacific (2001-2004). Mr. Yun was a presidential appointee at the U.S. Department of State (1994-2001), serving as Senior Advisor to the Assistant Secretary of State for East Asian and Pacific Affairs. During this time, he also worked as a senior advisor to two U.S. Coordinators for North Korea Policy -- former Secretary of Defense William J. Perry and former Under Secretary of State Wendy Sherman. Mr. Yun was a member of a government working group that managed U.S. policy and negotiations with North Korea under President Clinton and was part of the U.S. delegation that traveled to North Korea with Secretary of State Madeline Albright in October 2000.