The Center for Chinese Studies presents an exhibition by Lampo Leong. 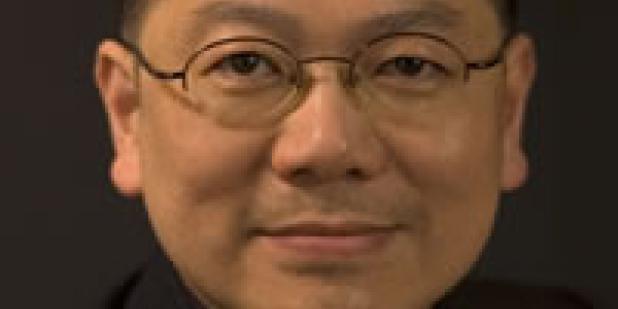 Dating back more than 5000 years, Chinese calligraphy involves the use of bold, expressive strokes to portray the essence of a given word while simultaneously revealing the spirit and expression of the artist. Increasingly popular throughout America, this Eastern medium is related to, but distinct from, Western painting and calligraphy practices and its theoretical aspects have had a direct influence on modern arts, such as Abstract Expression and many post-modern approaches. Chinese Calligraphy Workshop is an introduction to the classical and contemporary concepts and techniques related to the medium, and includes a significant examination of the aesthetic and philosophy of Chinese culture and art history. Through slide-illustrated lectures, Professor Lampo Leong will introduce participants to masterpieces that illuminate the unique concepts of Daoism, meditative quality, strokes quality, rhythm, spatial treatment, and shifting perspective in composition. Five major scripts of Chinese calligraphy will be the main subjects of study (Seal, Clerical, Standard, Running & Cursive). Additionally, Professor Leong will demonstrate a wide variety of brush painting/calligraphy materials and their applications, which participants could use to experiment with different painting media. Creative approaches using brush painting and calligraphy techniques in abstract painting/calligraphy will be explored in the latter part of the course. This workshop is open to students from all levels, no Chinese language background or prior experience in calligraphy are necessary. Individual attention will be given to students with advanced background. At the end of the workshop, participants will not only have enriched their artistic vocabularies, but will have expanded their appreciation for Asian atheistic and philosophy.

Lampo Leong, PhD-ABD, Central Academy of Fine Arts, Beijing; MFA, California College of the Arts; BFA, Guangzhou Academy of Fine Arts, China, is an internationally renowned master of brush painting and calligraphy whose work has been featured in more than 55 solo and 250 group exhibitions internationally at venues such as Stanford University Museum of Art, Ethan Cohen Fine Art in New York City, Taller Galeria Fort in Barcelona, and the National Museum of Fine Arts in Beijing. In addition to three solo exhibitions this year in UC Berkeley, Minneapolis, and San Antonio, his paintings and calligraphy are featured in the First Taipei International Modern Ink Painting Biennial in Taiwan, which will travel to other museums in Taiwan, China, Canada and the United States. Leong’s works are collected by numerous museums, among them the Asian Art Museum of San Francisco, Cantor Center for the Visual Arts at Stanford University, The Minneapolis Institute of Arts, and Guangdong Museum of Art in China. His 26-foot-diameter calligraphy in granite, commissioned by the San Francisco Art Commission, is permanently installed in a city park. Leong’s artistic contributions have earned him more than 30 awards, and over 700 feature stories in newspapers, magazines, web, and television, including a PBS documentary and the U.S. Congressional Record. In 1999, San Francisco Mayor proclaimed November 19 to be Lampo Leong Day. He is currently a tenured Associate Professor of Art and the Art Department Chair at the University of Missouri–Columbia. He has also influenced thousands of students through more than 80 lectures across the United States, China and Taiwan at institutions such as the University of California at Berkeley, Stanford University, University of Minnesota-Twin Cities, National Taiwan Normal University in Taipei and Central Academy of Fine Arts in Beijing. With his distinctive knowledge, Leong’s teaching is informative, inspiring and enlightening. To see samples of his painting and calligraphy, please visit www.LampoLeong.com.