The Sigur Center for Asian Studies at the George Washington University will host a screening of the film Banana Paradise, preceded by a lecture with Dr. Guo-Juin Hong on "Historiographies of Home in Wang Tong's Cinema, Before and After the Lifting of the Martial Laws". 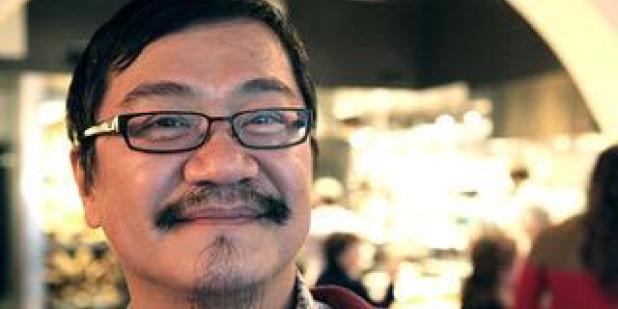 The Sigur Center for Asian Studies at the George Washington University will host a screening of the film Banana Paradise, preceded by a lecture with Dr. Guo-Juin Hong on "Historiographies of Home in Wang Tong's Cinema, Before and After the Lifting of the Martial Laws".

This is part of the film series "Martial Law and After: Reflection of the 30th Anniversary of the End of the Martial Law in Taiwan Cinema (解嚴三十年臺灣電影眾生相)" organized and co-sponsored by Taipei Cultural Center in New York, National Chengchi University, the Taiwan Academy, the Taipei Economic and Cultural Representative Office in the U. S., Sigur Center for Asian Studies, and the Department of East Asian Languages and Literatures Kim-Renaud East Asian Humanities Lecture Series. Join us for a film screening of Banana Paradise (香蕉天堂, 1989, 116min), introduced and followed by a Q&A discussion with Dr. Guo-Juin Hong, Associate Professor at Duke University.
Film: Banana Paradise (香蕉天堂), 1989, 116min
Director: Wang Tung
"Door Latch" and his friend followed the KMT army and moved to Taiwan in 1949. They conceal their real name and get many trials and afflictions to adapt the circumstances in that special situation. Even though there are a lot of embarrassing situations and he suffers many difficulties, Door Latch survives. However, the KMT government released the restriction to visit Mainland China and he is able to visit parents and relatives there, but bigger secrets will unfold.
Title of Talk: Historiographies of Home in Wang Tong's Cinema, Before and After the Lifting of the Martial Laws
In 1949, "China" officially fractured into two competing regimes, separated by the Taiwan Straits. The year 1949 does not only divide. It connects and reconnects various interrelated parts and fragments, showing not a clear sense of what China is but, rather, "China" as a question. This presentation begins by tracing the changes in the construction of "home" in post-1949 cinema under the Martial Laws, from the Discourse on Militant Literature and Arts by Chiang Kai-shek in the 1950s to the emergence of the New Taiwan Cinema of the 1980s. The lifting of the Martial Laws in 1987 marked a radical change in Taiwan, effecting, however, a gradual shift in the cinematic representation of "home." The first part serves as an in-depth introduction to Wang Tong's 1989 Banana Paradise 香蕉天堂, one of the earlier masterpieces depicting the 1949 migration and its lasting impact on people in Taiwan. After the screening, Wang's later films, namely Red Persimmons 紅柿子 (1995) and his most recent Where the Wind Settles 風中家族 (2015) will serve to illustrate a distinctive transformation in the cinematic construction of home in the post-Martial Laws eras. As the relationships across the Straits continue to evolve, this event introduces but one significant example of how the year 1949 remains at the core of the cultural representation of Taiwan after and beyond the Martial Laws.
Dr. Guo-Juin Hong is Associate Professor of Chinese Cultural Studies in the Department of Asian and Middle Eastern Studies, and Director of the Program in the Arts of the Moving Image at Duke University. Hong received his PhD in Rhetoric and Film from the University of California, Berkeley, in 2004. His book, Taiwan Cinema: A Contested Nation on Screen (Palgrave Macmillan, 2011; paperback edition 2013; Chinese edition forthcoming, 2017), is the first and only full-length study of Taiwan cinema in English language that covers its entire history since the colonial period. Hong has published articles on topics such as 1930s Shanghai cinema, New Taiwan Cinema, documentary and queer movement. His essay on colonial modernity in 1930s Shanghai received Honorable Mention for the 2009 Katherine Kovacs Essay Awards by the Society for Cinema and Media Studies. Hong teaches courses on Chinese-language cinemas, Chinese literature and culture, film theory and historiography, melodrama, documentary, and audiovisual culture.
Cost:
Free
Event Website URL:
http://go.gwu.edu/BananaParadise