One of the most influential modern Chinese writers and the author of Lust, Caution, Eileen Chang passed away in Los Angeles in 1995. After her death, Dominic Cheung, Professor Emeritus at USC, took care of her sea burial in San Pedro and set up the Eileen Chang Special Collection in the East Asian Library at USC in 1997. Cheung will discuss these experiences as a part of the lecture series titled Los Angeles and Shanghai: The USC Nexus. 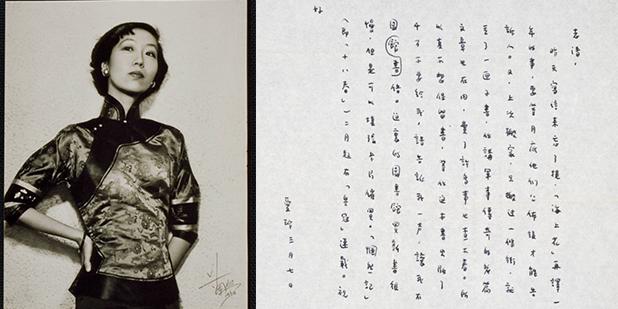 Watch a video of the presentation.
Eileen Chang 张爱玲 (Ailing Zhang, 1920-1995) was one of the most influential Chinese writers of the twentieth century. Her works, considered to be among the best Chinese literature of the 1940s, examined the themes of marriage, family, love, and relationships in the social context of 1930s and 1940s Shanghai. Chang was born into an aristocratic family in Shanghai and studied literature at the University of Hong Kong, but the Japanese attack on the city in 1941 forced her to return to occupied Shanghai, where she was able to publish the stories and essays (collected in two volumes, Romances, 1944, and Written on Water, 1945) that soon made her a literary star. In 1944 Chang married Hu Lancheng, a Japanese sympathizer whose sexual infidelities led to their divorce three years later. The rise of Communist influence made it increasingly difficult for Chang to continue living in Shanghai; she moved to Hong Kong in 1952, then immigrated to the United States three years later. She remarried (an American, Ferdinand Reyher, who died in 1967) and held various posts as a writer in residence; in 1969 she obtained a more permanent position as a researcher at Berkeley. Two novels, both commissioned in the 1950s by the United States Information Service as anti-Communist propaganda, The Rice Sprout Song and Naked Earth, were followed by a third, The Rouge of the North (1967), which expanded on her celebrated early novella “The Golden Cangue.” Chang continued writing essays and stories in Chinese as well scripts for Hong Kong films, and began work on an English translation of the famous Qing novel The Sing-Song Girls of Shanghai. In spite of the tremendous revival of interest in her work that began in Taiwan and Hong Kong in the 1970s, and that later spread to mainland China, Chang became ever more reclusive as she grew older. Eileen Chang was found dead in her Los Angeles apartment in September 1995. In 2006, NYRB Classics published Love in a Fallen City, an original collection of her short fiction. The following year, Lust, Caution, a film adaptation of Chang’s 1979 novella, directed by Ang Lee, was released.
About the Speaker 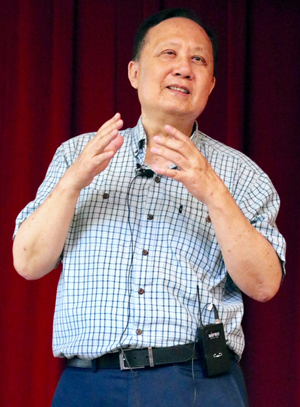 Dominic Cheung 張錯 (alias Chang Ts’o, Zhang Cuo) is Professor Emeritus of Chinese and Comparative Literature at USC. After his retirement in 2017, he undertook the senior directorship of the Center for Arts and Humanities at Taipei Medical University and is now endowed Chair Professor in the same university in Taiwan.
Together with Stone Lin, former landlord of the legendary Eileen Chang in Los Angeles, Professor Cheung took care of Eileen Chang’s sea burial in San Pedro, and set up the Eileen Chang Special Collection in the East Asian Library at USC in 1997. The collection is now held at the USC Special Collections: https://archives.usc.edu/repositories/3/resources/554. Many items from the collection are available online in the USC Digital Library: http://digitallibrary.usc.edu/cdm/landingpage/collection/p15799coll92.
About the Lecture Series

This is the second in a lecture series titled Los Angeles and Shanghai: The USC Nexus, co-organized by the USC East Asian Library and USC US-China Institute. The series is intended to showcase USC archival collections related to Shanghai and Shanghainese diaspora. All are welcome. Light refreshments will be provided. 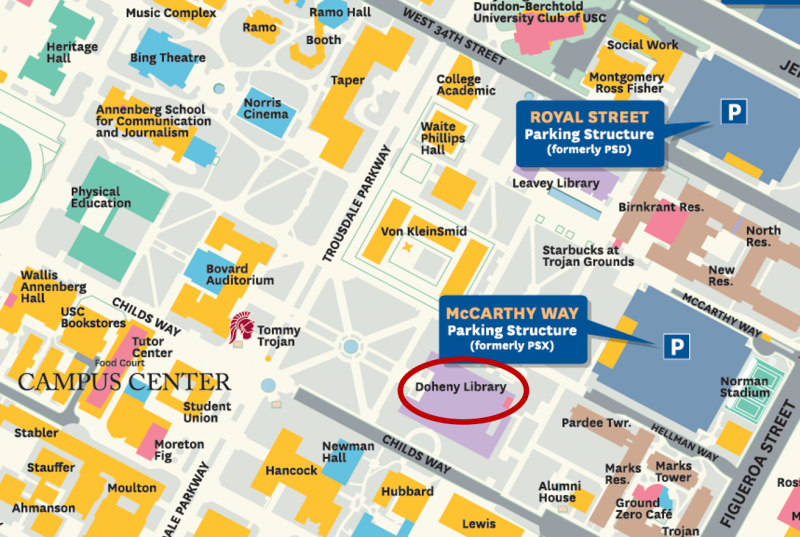 USC Annenberg Professor Nick Cull looks at the impact of the Covid 19 crisis on the battle of images between the United States and China.

Gary Rieschel, founder of Qiming Venture Partners, takes a look at how innovative China has been and how the US-China rivalry may spur or stifle innovation.

City on Fire: The Fight for Hong Kong

Please join the USC U.S.-China Institute for a discussion with Hong Kong based author and photographer Antony Dapiran for a look at his new book on the city's protests and what they mean for the future of Hong Kong and China.

The China Initiative: The Department of Justice's Use of Criminal Law to Counter a "China" Threat

Please join the USC U.S.-China Institute for an online discussion with Professor Margaret Lewis on how the US government's use of criminal prosecutions to address a broad "China" threat is at tension with the criminal justice system.