Filmmaker, scholar, and writer Liu Xiangchen will speak at University of California, Berkeley on May 2 and May 9 respectively. 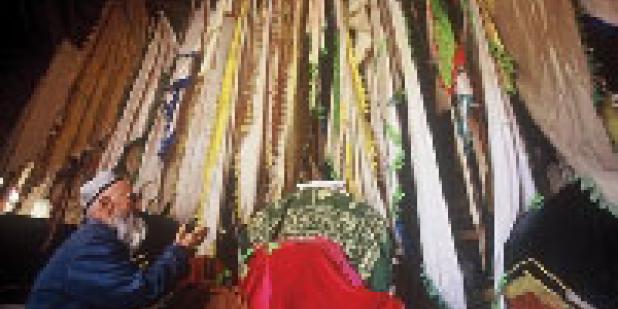 Filmmaker, scholar, and writer Liu Xiangchen has spent many years recording the daily life of ethnic minority groups from China’s periphery, particularly in Xinjiang Province. His award-winning films have been screen internationally and aired on the National Geographic channel. Liu Xiangchen will bring a selection of his major works to Berkeley on May 2 and 9.

Film details for Monday, May 2:

3:00 pm - Taiyang Buzu [The Sun Tribe] (60 minutes)
The seven household Lescamu Village is situated on the eastern edge of the Pamir Plateau. To travel to the nearest county seat to buy matches or salt takes five to six days. Old Hozha and his wife have eleven children. One son and his family herd sheep, another leads the camel for foreign mountaineering groups, and one is the schoolteacher of the village’s primary school. The old couple farm with their remaining children. This film depicts the daily life of the Tajiks living on the Pamir Plauteau and the changes currently underway in the region.

4:15 - Da Heyan [Beside the River] (60 minutes)
The Keriyans are the people who have lived in the Taklamakan Desert for generations. 85-year-old Saderoz has lived here by the banks of the river for four generations. This film shows what happens when Rabiehan, his granddaughter, is about to birth to a baby whose father is a married truck driver. After the baby is born, Saderoz invites his relatives and acquaintances to attend a naming ceremony, but the baby’s father does not show up.