Culture of China, Festival of Spring 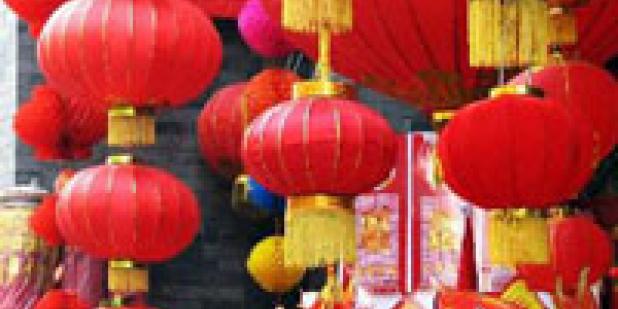 Organized and supported by the Overseas Chinese Affairs Office (OCAO) of the State Council of P.R. China, and the China Oversea Exchanges Association (COEA), the Chinese Spring Festival Celebration Performances have been successfully held in about 10 major countries of Chinese emigrants during the traditional Chinese lunar New Year month, mostly in January and February.  This special global event named “Cultures of China, Festival of Spring” has received numerous recognitions and compliments not only from the overseas Chinese community, but also from the mainstream societies all over the world.

As the only authorized organizer of this event in southern California, the Chinese Culture Development Center of China (CCDC) will continually host the celebration performance of next year at the grand Pasadena Civic Auditorium on February 19th, 2010.  Keeping at the high standard, another world-known performance group, the Central Policy Song & Dance Ensemble of People’s Liberation Army of P.R. China, which represents the highest art level of Chinese P.L.A, will present us with its great and unique performance, sending wonderful Chinese New yEar wishes to all audiences in Los Angeles.

The Central Policy Song & Dance Ensemble of P.L.A. has a history of about 60 years, which is an art group with organizational army system.  This time the group visiting U.S. will present some singing and dancing pieces with the theme of Chinese army.  Meanwhile, it will also bring to the audience some traditional Chinese folk art.

Considering as the cradle for military artist, several famous Chinese artists will take part in the performance, including Yan Weiwan, one of the most famous Chinese singer, Tan Jing, top female folk singer in China, also globally known for the solo concert in Vienna’s Golden Concert Hall, Austria; Meng Ge and Lei Jia, both famous female soprano singers, and, Chen Jun, the Master Erhu Player in China, known as the Paganini of the erhu, and etc..

It would be the most encouraging and splendid time of colorful Chinese art enjoyment and a good opportunity to embrace the local U.S community with Chinese culture.

Only one show in Los Angeles, please contact CCDC for more information.