The Chinese Naval Role In The Pacific And The American Response

A public talk on Chinese Naval role and how U.S responded 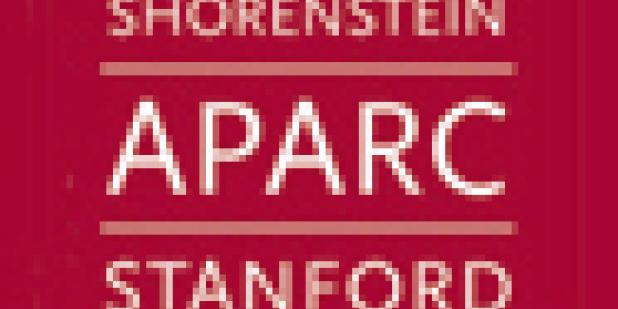 RSVP Required by 5PM May 29

Maritime issues are increasingly at the heart of security issues between the United States and China. Historically, the Taiwan issue had dominated the relationship, but increasingly issues such as close in reconnaissance, the South China Sea, and different views on exclusive economic zone rights are shaping the security agenda. In each of these areas, the two sides are far apart. U.S. routine practices of air and sea-based reconnaissance well outside territorial waters is met with indignation by Chinese leaders. Chinese assertive policy regarding its claims of the Spratly islands has provoked several Southeast Asian nations and drawn U.S. diplomatic attentions to the region. Chinese claims on EEZ rights are outliers internationally, however the United States stands outside the key international treaty that governs such rights.

Overlaying these potentially conflicting national interests, both sides have engaged in military shifts. China has maintained double-digit growth in its military budget for nearly 20 years, with substantial attention to the naval realm. Chinese diesel submarines and advanced combat aircraft have brought the People’s Liberation Army to modern levels. New types of systems such as ballistic missile launching submarines and anti-ship ballistic missiles are changing the vary nature of China’s maritime capabilities. As the United States winds down two wars in the Middle East, its military remains attentive to these changes and includes doctrinal and force posture changes. New deployments in Singapore, Guam, and Australia supplement enhanced partnerships with the Philippines and Vietnam, and a reinvigoration of traditional alliances.

The interaction between potentially conflictual national interests and a dynamic military situation raises concerns about the future between the two giants astride the Pacific.

Admiral Gary Roughead is a 1973 graduate of the U.S. Naval Academy. Among his six operational commands, Admiral Roughead was the first officer to command both classes of Aegis ships, having commanded USS Barry (DDG 52) and USS Port Royal (CG 73). As a flag officer, he commanded Cruiser Destroyer Group 2, the George Washington Battle Group; and U.S. 2nd Fleet/NATO Striking Fleet Atlantic and Naval Forces North Fleet East. Ashore, he served as Commandant, United States Naval Academy, the Department of the Navy’s Chief of Legislative Affairs, and as Deputy Commander, U.S. Pacific Command. He is one of only two officers to have commanded the fleets in the Pacific and Atlantic, commanding the U.S. Pacific Fleet and Joint Task Force 519, as well as U.S. Fleet Forces Command, where he was responsible for ensuring Navy forces were trained, ready, equipped and prepared to operate around the world, where and when needed.

Christopher P. Twomey is an associate professor of national security affairs (with tenure) at the U.S. Naval Postgraduate School (NPS) in Monterey, Calif. In 2004, he received his PhD in politcal science from MIT and joined the NPS faculty, later serving as associate chair for research and as director of the Center for Contemporary Conflict from 2007 to 2009. Today, he works closely with the Departments of Defense and State on a range of diplomatic engagements across Asia and regularly advises PACOM, STRATCOM, and the Office of Net Assessment. His book—The Military Lens: Doctrinal Differences and Deterrence Failure in Sino-American Relations (Cornell, 2010)—explains how differing military doctrines complicate diplomatic signaling, interpretations of those signals, and assessments of the balance of power. He edited Perspectives on Sino-American Strategic Nuclear Issues (2008), and his work has appeared in journals such as Asian Survey, Security Studies, Arms Control Today, Contemporary Security Policy, Asia Policy, Current History, and Journal of Contemporary China. He has previously taught or researched at Harvard, Boston College, RAND, the Chinese Academy of Social Sciences, and IGCC, and is currently a research fellow at the National Bureau of Asian Research. He has lived in China several times, speaks and reads Chinese, and regularly travels to Asia.