Saint Michael’s College in Vermont will host China’s leading human rights lawyer in exile, Teng Biao, for a presentation titled “No Country for Justice”. Professor Rowena He of the Saint Michael’s history faculty will be moderator of the presentation as well as a contributor based on her own experiences.
When:
September 27, 2017 5:00pm to 7:00pm 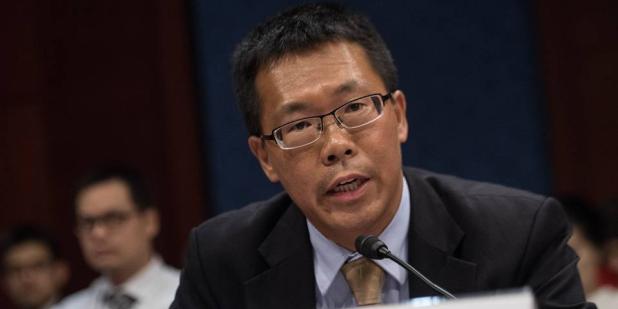 Saint Michael’s College in Vermont will host China’s leading human rights lawyer in exile, Teng Biao, for a presentation titled “No Country for Justice”. Professor Rowena He of the Saint Michael’s history faculty will be moderator of the presentation as well as a contributor based on her own experiences.
Professor He explained why she invited the speaker, and what will be distinctive about this presentation: “Dr. Teng has given over 100 talks during the past two years of his life in exile, including at Harvard, Yale, Princeton and Oxford universities,” she said. “But this one at Saint Mike’s -- our college -- will be different. Dr. Teng and I will engage in a personal dialogue about our shared struggles for human rights in post-Tiananmen China.”
Rowena He noted that she and Teng Biao belong to the same generation. “By interweaving the social, political, and historical strands of our separate bur parallel experiences, we hope to share how and why the issue of human rights in China is not just about them, but also about us – all of us,” she said. “And these issues are not just past tense—they are up to date.  The fact that this event is supported by various departments across campus shows yet again that we are a community of faith dedicated to truth and justice. "
Teng Biao is currently a visiting scholar at New York University Law School. Before NYU, he had been a visiting scholar at Yale Law School, Harvard Law School, and the Institute for Advanced Study in Princeton. Dr. Teng was named one of the “Persons of the Year in Asia” byNewsweek in 2005. The New York Review of Books calls him “one of China’s best-known civil-rights lawyers.”
A leader of China’s New Citizens Movement and founder of Open Constitution Initiative, he was banned from teaching in his own university – the University of Politics and Law in Beijing – because of his activism. Before he started his life in exile, he had served as a defense lawyer for many years on high-profile human rights cases in China. Consequently he was kidnapped and tortured by the authorities.
Teng Biao’s research focuses on criminal justice, human rights, social movements, and democratic transition in China. He has testified for Congressional Hearings in the U.S. and is a frequently sought commentator on major international news outlets such as the New York Times, the Washington Post, and the Guardian. He is a recipient of various international human rights awards including Human Rights Prize of the French Republic (2007).
Professor Rowena He, the presentation moderator, is author of Tiananmen Exiles, named one of the Top Five China Books of 2014. The book has been reviewed favorably in the New York Review of Books, the Christian Science Monitor, the Human Rights Quarterly, the Wall Street Journal, the New Statesman, the Spectator, the Journal of East Asian Libraries, the China Journal, and other international periodicals and newspapers. She was designated among the Top 100 Chinese Public Intellectuals of 2016, and her feature interview with the New York Times Chinese edition was ranked the Top 3 Most Popular Original Articles of 2016. She has been a keynote speaker for the Canada Human Rights National Symposium, testified at a U.S. Congressional hearing, and delivered lectures for the U.S. State Department and the Canada International Council. Her op-eds have appeared in the Wall Street Journal, the Washington Post, the Guardian, and the Globe and Mail.
Teng Biao’s talk is sponsored by the Saint Michael’s East Asia Program, and departments of History, Classics, Political Science Religious Studies, as well as the Center for Multicultural Affairs and Services.
Cost:
free
Event Website URL:
http://www.smcvt.edu/news/2017/september/top-china-human-rights-lawyer-to-speak-…
Phone Number:
802-654-2000