China, The United States, and the Future of Central Asia

The National Committee on United States - China Relations presents a talk with David B.H. Denoon on his new book. 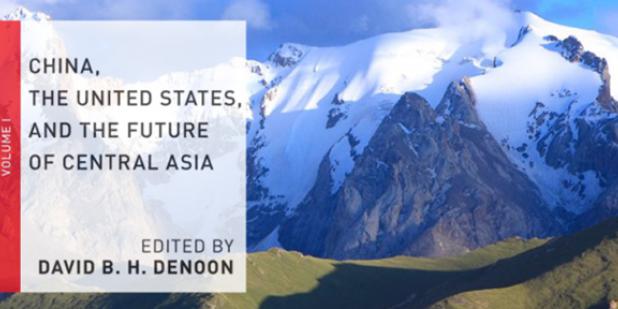 Since the break-up of the Soviet Union, the independent countries of Central Europe have played a little-discussed role in Sino-U.S. relations as the two countries have pursued different objectives in the resource-rich and politically unstable region while avoiding direct clashes. Join David B. H. Denoon as he discusses the behavior and strategies of the United States and China as they compete for influence in Central Asia, drawing a comparison to Southeast Asia. This book is part of a three-volume series looking at U.S.-China relations in Central Asia, Southeast Asia, and Latin America.

David Denoon is professor of politics and economics at New York University and director of the NYU Center on U.S.-China Relations.  He has a B.A. from Harvard, an M.P.A. from Princeton, and a Ph.D. from M.I.T.; and has served in the federal government in three positions:  as program economist for USAID in Jakarta, vice president of the U.S. Export-Import Bank, and deputy assistant secretary of defense.

Professor Denoon is a member of the Council on Foreign Relations, the National Committee on U.S.-China Relations, the U.S. Committee on Security Cooperation in Asia and the Pacific (USSCAP), the Asia Society, the Korea Society, the U.S.-Indonesia Society, and is co-chairman of the New York University Asia Policy Seminar.  He is also chairman of the Editorial Advisory Board of Great Decisions.

He is the author and editor of nine books, including Real Reciprocity - Balancing U.S. Economic and Security Policy in the Pacific Basin.  Two of his recent books are a monograph entitled The Economic and Strategic Rise of China and India and an edited volume, China, the United States and the Future of Central Asia: Vol. I (2015), part of a three-volume series on U.S.-China relations in Central Asia, Southeast Asia, and Latin America.

Register for the event here.