The China Fantasy: How Our Leaders Explain Away Chinese Repression 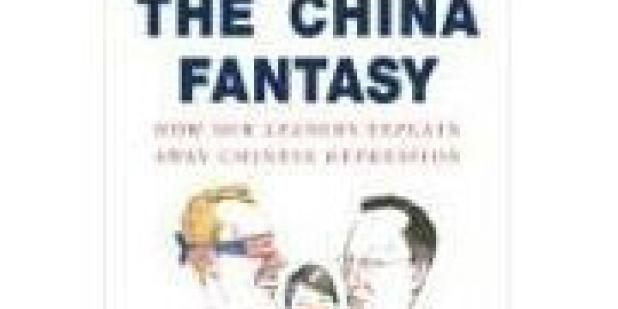 As the Los Angeles Times Beijing bureau chief, Jim Mann covered China from 1984 to 1987. He was subsequently based in Washington, returning to China to cover the prodemocracy protests in 1989. He is currently author in residence at the Paul H. Nitze School of Advanced International Studies at Johns Hopkins University.

In addition to The China Fantasy, Mann is the author of Rise of the Vulcans: The History of Bush’s War Cabinet (2004); About Face: A History of America’s Curious Relationship With China, From Nixon to Clinton (1999); and Beijing Jeep (1989).

From the publisher’s description of The China Fantasy:

Bestselling author Jim Mann examines the evolution of American policy toward China and asks, Does it make sense? What are our ideas and hidden assumptions about China? In this vigorous look at China’s political evolution and its future, Mann explores two scenarios popular among the policy elite. The Soothing Scenario contends that the successful spread of capitalism will gradually bring about a development of democratic institutions, free elections, independent judiciary, and a progressive human rights policy. In the Upheaval Scenario, the contradictions in Chinese society between rich and poor, between cities and the countryside, and between the openness of the economy and the unyielding Leninist system will eventually lead to a revolution, chaos, or collapse.

Against this backdrop, Mann poses a third scenario and asks, What will happen if Chinese capitalism continues to evolve and expand but the government fails to liberalize? What then and why should this third scenario matter to Americans? Mann explores this alternate possibility and—in this must-read book for anyone interested in international politics—offers a startling vision of our future with China that will have a profound impact for decades to come.