China and the World: India

The National Committee on U.S.-China Relations hosts a talk with Anja Manuel on the relationship between China and India in the U.S. Asia strategy. 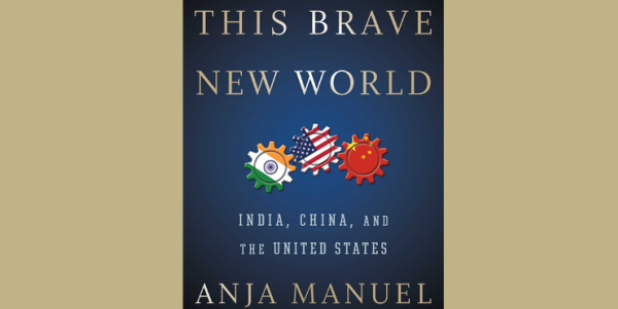 Some people argue that the global balance of power is shifting away from the North Atlantic and toward the Asia-Pacific as countries such as India and China gain in economic , military, and political might. The two Asian powerhouses may appear to be developing new international systems – for example, through the AIIB – that could threaten the post-war order developed by the United States and Western Europe. However, long-simmering tensions between India and China, arguably increasing in the face of Chinese-Pakistan nuclear cooperation, and Indian anxiety over China’s actions in the South China Sea, among other issues, make it clear that China and India do not form a united bloc, and present an opportunity for the United States to play a role in re-shaping the balance of power throughout the world.

Given the considerable differences arising between New Delhi and Beijing, and the fact that each country confronts enormous domestic issues including poverty, corruption, and environmental degradation on a huge scale, how can the United States manage the two rising Asian powers?  Join us for the third installment of our 50th Anniversary series, China and the World, as Ms. Anja Manuel, author of This Brave New World: India, China and the United States, describes the Sino-Indian relationship and the role the United States might play in creating a new balance of power with both India and China, with the National Committee on Monday, May 9, in New York City.

Anja Manuel is also a lecturer in the International Policy Studies Program at Stanford University where she designed and teaches a course on U.S. foreign policy in Asia.

From 2005 to 2007, Anja Manuel served as special assistant to Under-Secretary for Political Affairs Nicholas Burns at the U.S. Department of State. In this role, Ms. Manuel was responsible for South Asia policy, Congressional outreach and legal matters. She was part of the negotiating team for the U.S.-India civilian nuclear accord, helped to secure passage of the accord in the U.S. Congress, and was deeply involved in developing U.S. policy toward Afghanistan and Pakistan.

From 2001 to 2005, and again from 2007 to 2009, Ms. Manuel was an attorney at the WilmerHale law firm, specializing in international litigation and arbitration, anti-corruption matters, and Congressional investigations, including in China, India, Latin America, and Africa. She helped represent Senators McCain and Feingold in their defense of the bipartisan Campaign Finance Reform Act before the Supreme Court; and represented the German Economy Foundation Initiative in its efforts to set up a foundation to compensate forced labor victims of World War II.

Ms. Manuel serves on the board of advisors for Ripple, Inc. and Flexport, Inc., a California company working to simplify the export-import process in the United States. She is also a board director for Internews, a non-profit that trains independent journalists in post-conflict and other developing countries. She is an advisory board member of the Center for a New American Security, the non-profit Developments in Literacy, and was a board director of Zipcourt, Inc. Ms. Manuel is a member of the Aspen India Strategy Group, and the Council on Foreign Relations.

Copies of This Brave New World will be available for purchase at the program. Additional information about the book can be found here.