Celebration: The Birthday in Chinese Art

New York's Metropolitan Museum of Art presents Celebration: The Birthday in Chinese Art. In Chinese art, the birthday is a celebration of a long and rewarding life. This exhibition—focusing on scenes of splendid celebrations and works incorporating the theme of longevity—draws together examples in many media from the Museum's collection as well as some exceptional promised gifts. 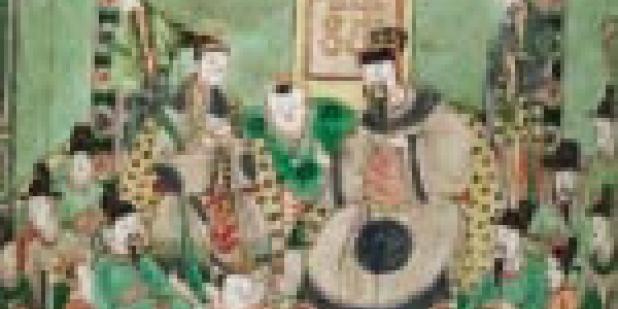 In Chinese art, the birthday is a celebration of a long and rewarding life. This exhibition—focusing on scenes of splendid celebrations and works incorporating the theme of longevity—draws together examples in many media from the Museum’s collection as well as some exceptional promised gifts.

A recurring scene of a grand reception at a family compound—appearing in a lacquer screen and boxes, a set of embroidered panels, a porcelain vase, and a tapestry—represents the eightieth birthday party of General Guo Ziyi (697–781), a Tang-dynasty hero who was transformed into a popular god of wealth, honor, and happiness. In the seventeenth and eighteenth centuries, this celebratory scene itself became a metaphor for birthday celebrations and a frequent theme in large-scale works presented to distinguished individuals to commemorate a birthday, promotion, or retirement. The largest works are usually in tripartite form: scenes of arriving guests, the reception, and the family's private quarters.

Themes of longevity were pervasive in art of the Ming and Qing dynasties, and decorative arts, paintings, and garments with such themes were appropriately given, displayed, and worn on birthdays. Long life was encoded in the character for longevity (shou), in scenes with Daoist immortals, and in rocks, peaches, cranes, and flora and fauna of many kinds. Other associations with longevity are based on myths and legends, such as tales of the theft of peaches of immortality from the orchard belonging to Xiwangmu, the Daoist deity known as the queen mother of the west.

Works of art with themes of long life frequently operated on more than one level. Exquisitely beautiful combinations of plants also formed sophisticated visual play expressing wishes for the longevity of an honoree or an honored couple. The earliest work in the exhibition, a Song-dynasty album leaf, depicts a pair of white-headed birds with long tails on a snowy tree at winter's end to extend wishes for long life to an elderly couple who together have withstood many wintry gales.