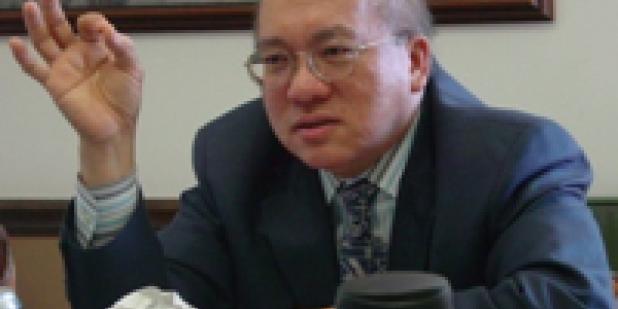 The Institute for Advanced Catholic Studies at the University of Southern California, a research-oriented institution that supports ecumenical and inter-faith explorations of Catholic intellectual traditions, plans to offer an annual public lecture series at the University of Southern California. Local, national and international scholars will be invited to speak on the rich and varied dimensions of Catholicism, examining its history and development, its current condition and possibilities, and the multiple ways in which it has, can and ought to interact with society, governments, and other religions.

Confucianism is the religious way of life not only of the greater part of the Chinese population, but also of the people in countries influenced by the Chinese cultures of Vietnam, Korea and Japan. Kongzi (known to the West as Confucius, who lived from 549-479 BCE) is revered as the Sage who teaches the way to achieve "humanity" (ren).  Catholic missionaries, particularly Jesuits, came to China in the 16th Century and saw in the teachings of Confucius the best that human culture can offer to serve as the basis for a fruitful encounter between the Chinese people and Christianity.  As China emerges as a world power, the question remains of whether Confucianism, both as a philosophy and as a religious way of life, can still provide an entry point for the Christian evangelizing mission and a partner-in-dialogue with the Christian faith.

Dr. Peter C. Phan, the Ignacio Ellacuría Chair of Catholic Social Thought at Georgetown since January 1993, has recently been named Director of Graduate Studies for the new Ph.D. program in Theology and Religious Studies and brings an international reputation as an outstanding scholar to the position.   He holds three doctorates: a Ph.D. in Sacred Theology from the Universitas Pontificia Salesiana, Rome, and Ph.D.’s in Philosophy and Divinity from the University of London.  He was also awarded an honorary Doctor of Theology degree from Chicago Theological Union.  Professor Phan began his teaching career in philosophy at the age of eighteen at Don Bosco College, Hong Kong.  In the United States, he has taught at the University of Dallas, TX; at the Catholic University of America, Washington, DC, where he held the Warren-Blanding Chair of Religion and Culture; at Union Theological Seminary, NY; at Elms College, Chicopee, MA; and at St. Norbert College, De Pere, WI.  He is also on the faculty of the East Asian Pastoral Institute, Manila, and Liverpool Hope University, England.  He is the first non-Anglo to be elected President of Catholic Theological Society of America.

Respondents to the lecture are:

For more information, please contact Shelia Garrison at 213-740-1864 or via email at skgarris@usc.edu