Business, the Environment & Human Rights: The State of Play in China 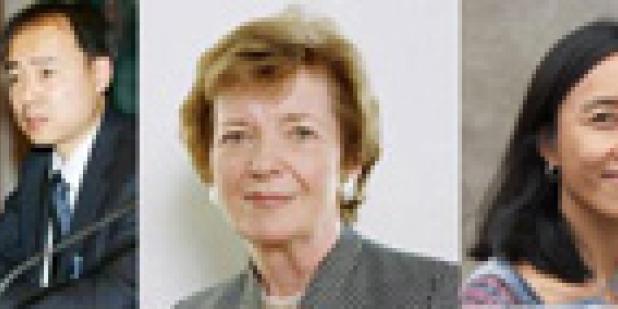 About Ma Jun: The director of the Institute of Public & Environmental Affairs in Beijing, Ma Jun is China’s leading environmentalist.  He is the author of China's Water Crisis, a landmark study on the historical origins of China's present day problems with floods, water scarcity, and water pollution.  Time magazine named him one of the world’s 100 most influential people.  In an accompanying profile, actor Ed Norton wrote: “China's Water Crisis may be for China what Rachel Carson's Silent Spring was for the US – the country's first great environmental call to arms.”

A 2007 profile of Ma Jun in the Guardian (UK), said: “Ma, 39, has emerged as the powerful voice of a budding green movement that is forcing industry and China's tightly run state to be more accountable for the long-term consequences of their rush to get rich.”  Ma is the 2009 winner of the Ramon Magsaysay Award, often considered as Asia’s Nobel Prize.

At the Institute of Public & Environmental Affairs, Ma developed the China Water Pollution Map, which tracks government-sourced pollution data and corporate violation records throughout China.  He also plays a leading role in a coalition of Chinese NGOs calling on multinational IT firms to address the fact that some of their suppliers dump toxic heavy metals into China’s water bodies, posing serious health risks to local communities.

Note: reservations are required to attend, please RSVP to: short@business-humanrights.org or (212) 564-9160