Blue Skies over Beijing: Economic Growth and the Environment in China

The USC U.S.-China Institute presents a book talk by Matthew Kahn, an economic expert on climate change policy and USC professor. In "Blue Skies over Beijing," Kahn looks at life in China's cities from the personal perspectives of the rich, middle class, and poor, and how they cope with the stresses of pollution. 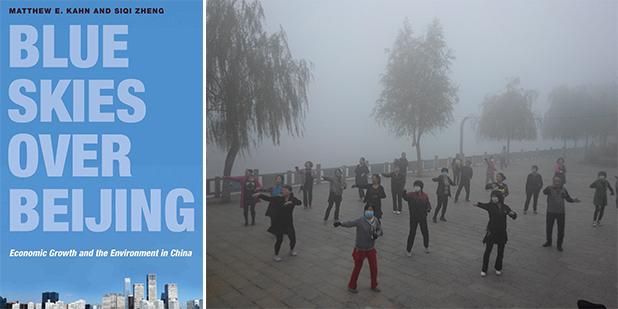 Video of the talk: USCI | YouTube
About the Book
Over the last thirty years, even as China's economy has grown by leaps and bounds, the environmental quality of its urban centers has precipitously declined due to heavy industrial output and coal consumption. The country is currently the world's largest greenhouse-gas emitter and several of the most polluted cities in the world are in China. Yet, millions of people continue moving to its cities seeking opportunities. Blue Skies over Beijing investigates the ways that China's urban development impacts local and global environmental challenges. Focusing on day-to-day choices made by the nation's citizens, families, and government, Matthew Kahn and Siqi Zheng examine how Chinese urbanites are increasingly demanding cleaner living conditions and consider where China might be headed in terms of sustainable urban growth.
Kahn and Zheng delve into life in China's cities from the personal perspectives of the rich, middle class, and poor, and how they cope with the stresses of pollution. Urban parents in China have a strong desire to protect their children from environmental risk, and calls for a better quality of life from the rising middle class places pressure on government officials to support greener policies. Using the historical evolution of American cities as a comparison, the authors predict that as China's economy moves away from heavy manufacturing toward cleaner sectors, many of China's cities should experience environmental progress in upcoming decades.
About the Author 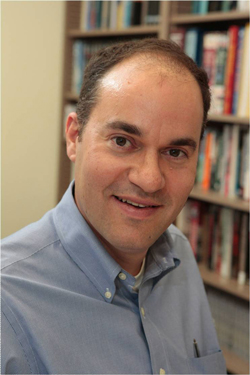 Matthew E. Kahn is a Professor of Economics at USC. He is a research associate at the National Bureau of Economic Research and the IZA. He holds a Ph.D. in economics from the University of Chicago. He has taught at Columbia, the Fletcher School at Tufts University and at UCLA. He has served as a Visiting Professor at Harvard and Stanford University and the National University of Singapore. He is the author of four books including; Green Cities: Urban Growth and the Environment (Brookings Institution Press 2006), Heroes and Cowards: The Social Face of War (Princeton University Press 2008 joint with Dora L. Costa), and Climatopolis: How Our Cities Will Thrive in the Hotter World (Basic Books 2010). His Amazon $1 book; Fundamentals of Environmental and Urban Economics was posted on May 2015. In May 2016, Princeton University Press will publish his co-authored book; Blue Skies in Beijing: Economic Growth and the Environment in China. His research areas include; environmental, urban, energy and real estate economics. Avoid traffic and get to USC by taking the Metro's Expo Line
Get off at the Expo Park/USC stop for a short walk to campus. Click here for more information.
Driving Directions to Campus
For maps and directions to campus, visit the University Park Campus Map & Driving Directions page.
Suggested Parking
Parking Structure X (PSX) - $12/day
Enter at the Figueroa Street Entrance at 35th Street (Entrance 3)
Cost:
Free, please register below.
Phone Number:
213-821-4382