The National Committee on U.S.-China Relations will host the 45th Anniversary Gala. 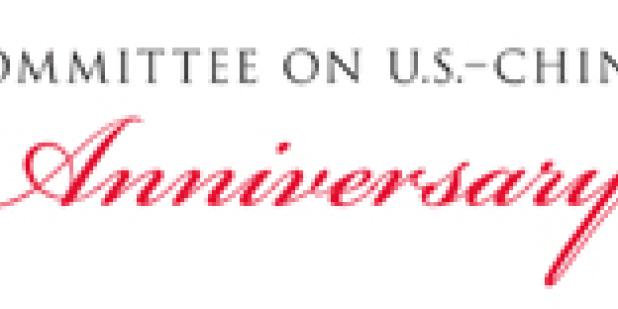 From hosting President Hu Jintao and Premier Wen Jiabao to our numerous educational programs and track II dialogues, the Committee’s activities play a critical role in promoting constructive relations between the U.S. and China. Our 45th Anniversary Gala Dinner will take place on Monday October 17, 2011 beginning at 6:30pm at the Plaza Hotel in New York City.

That evening we will recognize John S. Watson, Chairman and CEO of Chevron, and Robert A. Iger, President and CEO of The Walt Disney Company. Both companies have been long term supporters of the National Committee and constructive US-China relations. Their long-term investments and philanthropy in China have helped strengthen relations between the U.S. and China, and we hope you will join us in acknowledging their achievements that evening.

This promises to be a memorable and enjoyable evening. We expect to have about 500 people in attendance, including corporate executives, current and former American and Chinese government officials, policy analysts, academic and NGO communities.

The National Committee on U.S.-China Relations was established in 1966 by a broad coalition of scholars and civic, religious, and business leaders to foster informed debate about the People’s Republic and relations between the two countries. The founders adopted four basic principles: education, not advocacy; representation of diverse views, but avoidance of extreme views whether on the left or the right; members representing all facets of American society; and outreach to the general public, opinion makers, and government officials. We are a private, non-partisan, non-profit 501(c)(3) organization.

In its early years, the Committee sought to stimulate thoughtful public discussion about China and Sino-American relations; thus we focused almost exclusively on public education and outreach programs in the United States. In the 1970s, the National Committee was centrally involved as the two countries slowly began building a relationship: the Committee sponsored the historic visit of the Chinese table tennis team to the United States in 1972 and subsequently was one of only three organizations handling exchanges throughout that decade, introducing Chinese and American counterparts to one another in a variety of fields – primarily governance, athletics, the arts, education, media, international relations, and civic affairs.

This focus on exchanges continued throughout the 1990s but began to be supplemented in the latter part of that decade with a return to our original work of public education and to increasing numbers of private “Track II” meetings, conferences, seminars, workshops and internships. As China’s reforms have deepened and U.S.-China relations have expanded, the Committee has sought to develop programs that break new ground and address cutting-edge issues.

Our current main areas of focus are international politics and security, education, governance and civil society, economic cooperation, the media, and transnational global issues such as the environment and public health. We seek to carry out our mission via conferences and forums, professional exchanges and collaborative projects, public education programs, internships, publications and a website.

The National Committee on U.S.-China Relations promotes understanding and cooperation between the United States and Greater China in the belief that sound and productive Sino-American relations serve vital American and world interests. Our programs create opportunities for informed discussion and reasoned debate about issues of common interest and concern to the United States, Mainland China, Hong Kong and Taiwan.

The National Committee works with many partners, private and public, governmental and non-governmental. Our distinguished board of directors, 700 individual members and 90 corporate members and partners from around the United States, represent many points of view but share the conviction that increased public knowledge, face-to-face communication and the forthright exchange of ideas is essential for healthy Sino-American relations.

A private, non-governmental organization, our programs receive funding from many sources – foundations, corporations, members and private citizens, and the U.S. government. The black-tie annual Gala provides unrestricted funds to support our work, is our most visible event and our only fundraiser.

For information about sponsorship and purchasing tables or tickets, contact:
Diana Roggemann
Director of Development
droggemann@ncuscr.org
212-645-9677