The 23rd Anniversary of the Handover & The Future of Hong Kong

The fourth installment of the Edgerton Series on Responding to a Rising China, featuring Dr. Jeffrey Wasserstrom of UC Irvine and Joanna Chiu of the Toronto Star on the future of Hong Kong. 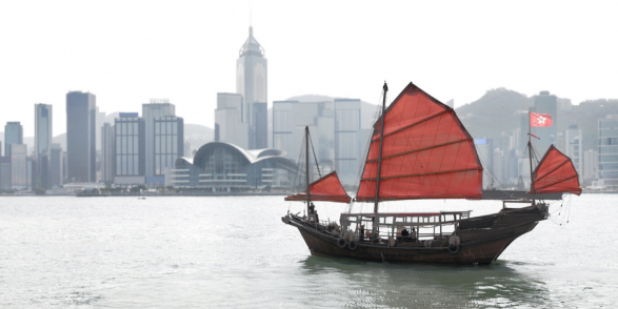 The fourth installment of the Edgerton Series on Responding to a Rising China, featuring Dr. Jeffrey Wasserstrom of UC Irvine and Joanna Chiu of the Toronto Star on the future of Hong Kong.

July 1, 2020, marks the 23rd anniversary of the handover of Hong Kong. In that time, a lot has changed for the territory. In 1997, about one in five Hong Kong residents identified as Chinese as opposed to “Hongkonger.” That number eventually grew to one in three identifying as Chinese, but as Beijing has begun to erase the lines between Hong Kong and the mainland, local attitudes are beginning to shift. As of 2019, nine in 10 primarily identified as Hongkongers. Over the past few years, we've seen protesters take the streets of Hong Kong to push back against the erosion of their freedoms. Join us as we discuss the current state of Hong Kong, what its future might look like, and what the United States can do to best support the people of Hong Kong going forward.

The Edgerton Series on Responding to a Rising China aims to provide proactive and forward-looking solutions to some of the most complex local, regional, and global issues facing the United States and China today, through regular engagement in debates and discussions with the foremost experts in Chinese affairs. The Edgerton Series is made possible by generous support from the Edgerton Foundation. We thank Dr. Bradford and Ms. Louise Edgerton for their continued support of and dedication to the Pacific Council.

If you are not a Pacific Council member, please register for this event here.

Jeffrey Wasserstrom is the Chancellor's Professor of History and historical writing mentor of literary journalism in the School of Humanities and professor (by courtesy) in the School of Law at UC Irvine. He is also the co-founder of the Forum for the Academy and the Public. Read more.

Joanna Chiu a Vancouver-based journalist for the Toronto Star, Canada’s largest newspaper, after previously serving as bureau chief of StarMetro Vancouver. Her specialty is China-Canada relations, and she has been tracking global support and solidarity actions in support of Hong Kong's democracy movement. Read more.