A pop culture podcast featuring stories that connect Asia with the rest of the world.
May 1, 2015
Print 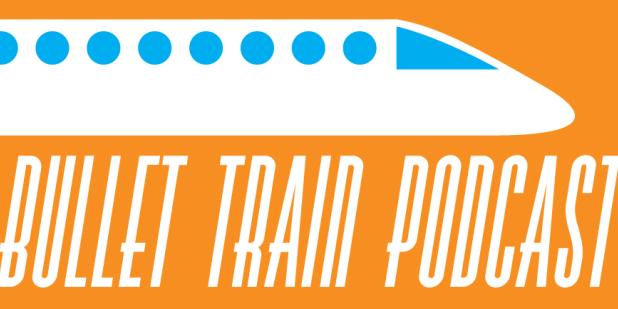 Bullet Train is a podcast produced by Asia Pacific Arts, an online magazine based in Los Angeles that has been covering pan-Asian arts and entertainment since 2003. Launched in February 2015, Bullet Train features pop culture stories connecting Asia with the rest of the world. We'll travel from Chinese dramas, K-pop and Bollywood to YouTube, karaoke and comic books and take you where you didn't even know you wanted to go.

If you have feedback or story ideas for us, please contact us at bullettrainpodcast@gmail.com.

For publicity or sponsorship inquiries, contact Mai Nguyen at the email address above.

Asia Pacific Arts is published by the USC US-China Institute under the Annenberg School of Communication & Journalism.

#001: Why Aren't There More Asian American Women Storytellers on YouTube?

If YouTube is a democratic space that finally allows all Asian Americans to tell our own stories, why are most of the creators still men? We talk to Christine Chen, a producer at Wong Fu Productions, and Anna Akana, an actress/filmmaker with over 1 million subscribers on her YouTube channel. Read More

In 2008, there was a flood of Japanese game show remakes, but there's only one that has not only survived but is getting more and more popular by the year. We talk to competitors Yen Chen, Ryan Stratis and James McGrath -- as well as scholar Jaime Wright - about the phenomenon that is American Ninja Warrior and what we can learn about remakes in general. Read More

#003: Cultural Humor on Someecards.com Isn’t Great, But Can We Do Better?

We were impressed when we discovered the snarky humor e-card website Someecards.com had categories for ethnic holidays like Chinese New Year, until we realized they seemed to be written by people who weren't that familiar with Asians. So why don’t we make our own, with insider humor instead of outsider humor? We talk to Taz Ahmed, who makes humorous Muslim Valentine’s Day cards, and Dis/orient/ed Comedy co-founder Jenny Yang, who gives us some tips so we can come up with our own Chinese New Year one-liners. Read More

#004: What Can We Learn About Love from Japanese Romance Simulation Games?

Otome has been extremely popular in Japan since the mid-1990s, but American gamers are just starting to realize how fun it can be to live out a romantic fantasy in a virtual world. But what can we learn about love from Japanese romance simulation games? We talk to Voltage game producer Michael Nakada, otome fan Eugenia Fung, and psychiatrist Ravi Chandra to find out. Read More