Bray, Social Space and Governance in Urban China: The Danwei System From Origins to Urban Reform, 2005. 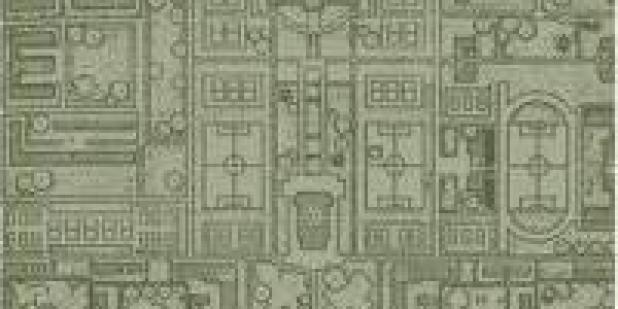 Industrialization wrenches people from the land and thrusts them into the city. Every industrializing society experiences this tectonic dislocation but no two breech it in quite the same way. The danwei system is how the Chinese Communist Party (CCP) mobilized, integrated, and governed China's exploding urban population after the 1949 revolution. The danwei was simultaneously the spatial building block, the locus of daily life, and the mainspring of social identity in the Chinese socialist city. Danwei is a generic term referring to the socialist workplace and the activities it encompasses. The CCP organized the city through the workplace. The grass roots production unit, be it factory, government bureau, school, or hospital, touched nearly every aspect of a Chinese worker's life: it provided employment and housing, meal provision and bath houses, child care and early schooling, medical treatment and welfare services, political study and party membership, marriage and divorce, policing and security. Two decades of economic reform have considerably diminished the danwei's significance in the Chinese city but the system's legacy lives on in the institutions that are replacing it. Social Space and Governance in Urban China is an interpretive portrait of the danwei system framed by concepts and methodology drawn from Michel Foucault. Author David Bray, a lecturer in Chinese politics at Cambridge University, seeks to reveal through the danwei how the "political and economic strategies of government in China have impinged upon the everyday lives of the urban population" (p. 1). He is particularly interested in the role of space in the exercise of power and social control.

Bray uses Foucault's genealogical method and his concepts of power, governmentality, and social space. Foucault understands the present as history. Contemporary institutions are layered repositories of ancestral practices. Power is intimately connected with knowledge. Knowledge codified into disciplines enables calculated transformations of human life. Governments use disciplinary knowledge to "rationally" police, educate, socialize, and sanitize their citizens. Urban planning is a means to discipline populations, a technique for controlling and transforming social relations through the organization of space. Bray's project then is to excavate the spatial genealogy of the danwei and trace the system's strategic connections to "power, knowledge, discipline, government and subject formation in Urban China" (p. 9).

Spatial genealogy suggests that a city's built environment evolves through "mimetic" processes in which ancestral spatial forms and architectural techniques are redeployed for new social purposes (p. 200). The archetypal danwei is organized in a spatial compound girdled by high walls. Encircling walls provide members with protection and a collective identity. Major buildings are ordered along axes. The alignment of buildings symbolizes the centrality of the party and productive labor. Work and living spaces are standardized. Uniformity conveys an egalitarian ethic.

Danwei space is designed to bolster the socialist order yet it also mimics the family compounds of traditional China. Confucian and socialist China are very different social orders yet the wall demarcates social space in both, and both endow space with political and moral significance. The Confucian compound is ruled by the family patriarch; the socialist production compound by the danwei. Confucian space sanctifies familial hierarchy; socialist space a collectivist and egalitarian concept of social relations.

The danwei's spatial lineage is further complicated by intermediate Chinese ancestors and cross-national lines of descent. Republican China reworked the family compound to house guilds and corporations after the 1911 revolution and before it was recast into the danwei by the CCP during the industrialization drives of the 1950s and 1960s. Chinese socialist architects also looked to European utopian traditions and to pre-Stalinist Soviet planning for spatial designs that would enhance labor productivity and worker cohesiveness. There is no one point of origin for the danwei, Bray concludes, nor is there one line of descent or primary source of influence. Rather, the danwei is a "complex layering of disparate practices on top of each other" (p. 7).

The danwei's comprehensive penetration into workers' daily lives is reminiscent of the American company town during the early twentieth century, a phenomenon sometimes referred to as "welfare capitalism," and immortalized in Henry Ford's Detroit empire at River Rouge.[1] Japan's "welfare corporatism" version of the company town flourished after World War II, exemplified by Toyota Motor Corporation's massive industrial urban complex, Toyota City, near Nagoya.[2] The company town, like the danwei, used the workplace to mobilize, socialize, and control rural migrants flooding into an unfamiliar urban-industrial environment. All three systems drew upon older village ways of life to help organize new ways of living in cities.

But the company town was never the basic unit of urban life in the American or Japanese industrial city, whereas in China, by the late 1950s, over 90 percent of the urban population belonged to a danwei of some kind (p. 94). Nor was the American or Japanese company town so directly connected to state policy as in China. The CCP depended upon a vast corps of danwei based cadres to implement its "mass line," a strategy of local self reliance and initiative within a centralized policy framework. The Chinese state channeled funds for economic and social infrastructure through individual danwei rather than through city or regional government. Horizontally, the Chinese socialist city was a patchwork of self-contained cells. Vertically, the cells turned into silos each attached to the central ministry or bureau whose functions the individual danwei performed.

Chinese socialist governmentality differed most from Western liberalism in the role of the cadre, says Bray. Cadres had to be both "red and expert," both politically loyal and skilled at mobilization, production, and leadership. The liberal expert, by contrast, is assumed to be a politically disinterested specialist whose expertise alone is sufficient justification for social intervention.[3] The danwei also contrasts with the nationalistic and deterministic reading of socialism in the Soviet Union at the time. While Stalin's influence can be seen in China's grandiose public buildings, danwei construction during the 1950s and 1960s reflected Mao's anti-bureaucratic, utopian line of thought. Two decades of economic reform have taken a heavy toll on the danwei. Scientific management has entered the workplace. The mass line has changed to the financial bottom line. State owned enterprises have shed masses of employees. A new class of small proprietors is shifting the danwei compound into commercial streets, back lanes and shopping centers. The danwei may be in terminal decline, says Bray, but the system's legacy continues in the institutions that are replacing it. Many urban residents still live in danwei although they no longer rely on it for their livelihood. The new unit of urban development, the xiaoqu, resembles the danwei in bringing together various services and facilities within an enclosed, communally oriented, residential compound, although now under the control of professional property management. The danwei itself is experimenting with new market oriented practices; some are fronting their exterior walls with shopping strips. New private enterprises are reproducing many features of the danwei, including housing, medical care, and pensions. And the government is promoting community self help once again to fill the welfare void left by the danwei's decline.

Bray sets his genealogical framework off against market transition and party/state models of social change in China. The market transition account is too simplistic, he argues. Collective and communal forms of organization persist and intertwine with growing markets and individuation. While new Chinese enterprises no longer evince socialist labor relations, they more closely approximate Japanese collective enterprise culture than individualistic Western business patterns. The spatial link between work and residence has broken but enclosed communal living still predominates.

Bray also disputes claims about the pre-eminence of the party/state in China. The party/state model is too "totalizing" a framework, he says. The danwei is not a "seamless extension of the Chinese state but rather a complex layering of many influences" (p. 195). One must examine each of its layers, individually and in combination, rather than simply assume the danwei's overall coherence as an agent of the party/state.

Foucault demonstrated how the exercise of power in Western institutional settings created "individualized subjects." Bray wants to show how the exercise of power in the Chinese danwei created "collectivized subjects." Differently organized power relations produce different modes of subjectivity, he reasons. Disciplinary power can operate as effectively within collectively oriented as within individually oriented societies. Bray makes his case quite admirably. The argument is tightly woven. The framework is consistently applied. The conclusions are illuminating. Because the danwei has been the core building block of urban life in socialist China and continues in modified forms to exert a strong influence on social relations, it is an excellent vantage point for exploring the Chinese city and for drawing comparisons with urban formations elsewhere in Asia and in the West. Social Space and Governance in Urban China should prove of considerable use in that effort.