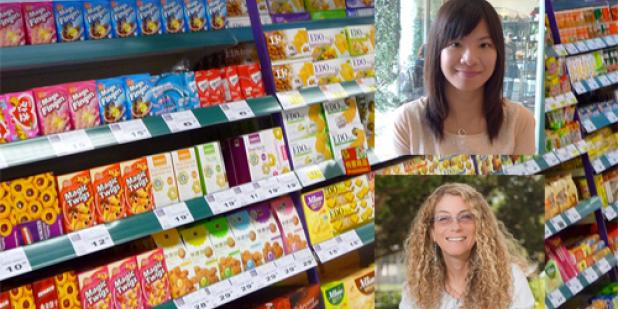 Teenaged boys from well-off Chinese families who say they are physically active and eat plenty of vegetables but few sweets are more likely to be overweight, according to a study led by researchers at the Keck School of Medicine of the University of Southern California (USC).

The study, published in the July 2011 issue of the American Journal of Health Behavior, is one of the first to examine how weight among Chinese adolescents relates to factors like sleep duration, physical activity, diet and general demographics. Most of what the research team found runs counter to Western trends.

“Findings from this large cohort of data on Chinese youth suggest that weight-related correlates might play different roles in Chinese culture than they do in Western cultures,” said Ya-Wen Janice Hsu, Ph.D., M.P.H., research assistant at the Keck School’s Department of Preventive Medicine and the study’s first author. “This suggests that influences on obesity are society-dependent, and assumptions based on Western societies may not be applicable to Chinese populations.”

As in the United States and Europe, teenagers in China who slept fewer hours and participated in more sedentary activities like watching television were more likely to be overweight, according to the study. But that’s where the similarities end. Some of the disparities include:

The analysis was based on 9,023 questionnaires submitted by randomly selected middle school and high school students in seven of China’s most populated urban areas: Harbin and Shenyang in the northeast, Wuhan in central China, Chengdu and Kunming in the southwest, and Hangzhou and Qingdao in the coastal regions. The sample included students from high-, middle- and low-income neighborhoods.

Possible explanations for the East-West inconsistencies noted in the study include the fact that rice is a staple grain in the traditional Chinese diet and vegetables are often deep-fried and stir-fried (weight-related factors that were not measured by the study). Industrialization and rapid economic growth have also affected Chinese diets and physical activity levels. Food consumption has increased and junk food has become more readily available. On the other hand, physical activity has decreased as more people can afford cars, televisions and computers.

“The most interesting finding is overweight Chinese youth have higher social economic status,” Hsu said. “One potential explanation is that the unhealthy lifestyle changes, driven by the rapid shifts in Chinese economic climate, are choices available primarily to the wealthier population. As the Chinese economy continues to grow, it is crucial to track these paradoxical relationships, which may or may not ‘flip’ to match relationships we now see in Western countries.”

Because of the cross-sectional nature of the study, causality cannot be determined. And because the measures of physical activity and food consumption were self-reported, the data may be skewed (for example, overweight kids might have exaggerated their participation in vigorous activity and underreported their intake of sweets and fast food). To account for that, both subjective and objective measures of physical activity are being used in newer studies, said Donna Spruijt-Metz, Ph.D., associate professor of preventive medicine at the Keck School and the study’s corresponding author. Spruijt-Metz’s research focuses on pediatric obesity.

The study was conducted in the USC Transdisciplinary Tobacco Use Research Center, which is funded by the National Institutes of Health and Sidney R. Garfield Endowment, and the USC Center for Transdisciplinary Research on Energetics and Cancer, funded by the National Cancer Institute, in collaboration with the School of Community & Global Health of Claremont Graduate University in San Dimas, Calif.