Video: The State of the Chinese Economy

This USC US-China Institute conference examined the health and future of the Chinese economy and its economic ties with the US and others.
March 21, 2011
Print 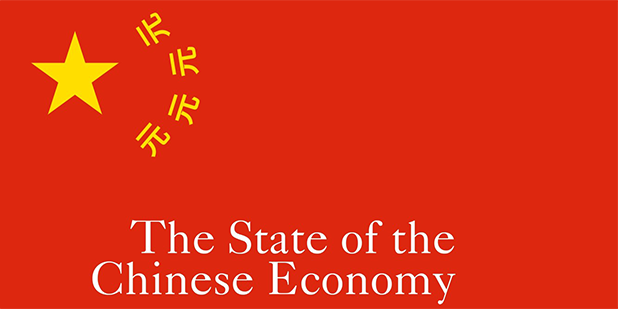 On February 25 and 26, 2011, influential scholars from around the world gathered in Los Angeles to discuss China's economy. Presenters explored the economy's strengths and weaknesses and crucial trends in labor, debt, housing, health care and education were illuminated. The enormous social impact of China's changing population and economy was highlighted in presentations on bride prices and how improved nutrition affects educational outcomes. Below is the conference program. Click on the name of the speaker to open a page with a short biographical note and video of the scholar's presentation. Higher resolution videos are also available at the USCI YouTube channel.

Even the most casual news consumer knows China's economy is large and growing fast. Growing at about 10% in 2010, China's gross domestic product is now over US$5 trillion, second only to that of the United States. China now has an estimated $2.6 trillion in foreign exchange reserves.

Headlines, though, are also dominated by other economic news from China. Prices, especially food prices, have been spiking up leading to some hoarding and panic-buying. Labor unrest has prompted governments to mandate minimum wage hikes. Meanwhile most university graduates are finding it difficult to get jobs. Property prices in China's largest cities have risen so fast and high that they've become the subject of soap operas, sparked much discontent, and caused bankers and others to worry about the impact of a possible market meltdown. Income and wealth inequality have grown dramatically since the 1980s. Paying for health care reform and providing for an aging population are also keeping economic planners up at night as they also strive to make China a leader in emerging industries such electric cars and renewable energy.

Economics also looms large in China's foreign affairs. The preeminence of the US dollar as a reserve currency, exchange rates, export controls, market access, and protection of intellectual property are just a few of the issues dominating summit meetings and state visits. Securing supplies of essential resources as well as winning valuable construction contracts has Chinese leaders and businesspeople forging alliances in worldwide. China is the world's top destination for foreign direct investment, but Chinese businesses have also been making big investments abroad.

Hu Shuli's presentation was off the record.

Panel 5: Paying for the Future: Families and the Nation