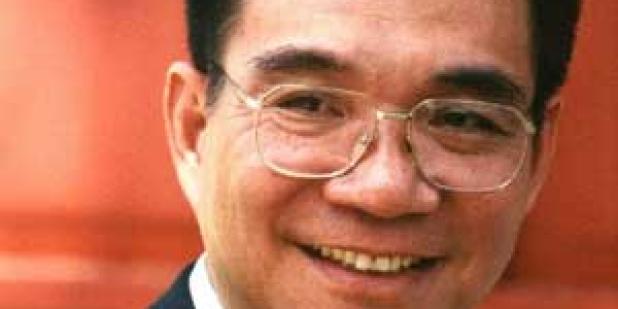 On February 4, 2008, World Bank president Robert Zoellick announced that Justin Yifu Lin (林毅夫) will serve as the Bank’s new Chief Economist and Senior Vice President for Development Economics. Lin, a Chinese citizen, will take up the position at the end of May. His appointment represents a departure from previous practice. He is the first person from a developing country to hold the top economist position. Lin’s predecessors include Stanley Fischer (now Governor of the Bank of Israel), Lawrence Summers (former U.S. Treasury Secretary and Harvard University President), Joseph Stiglitz (Nobel Prize winning Columbia University economist), and François Bourguignon (now director of the Paris School of Economics).

In his announcement, Zoellick noted Lin is “an expert on economic development and particularly agriculture, [he] brings a unique set of skills and experience to the World Bank Group.” He continued, “I look forward to working closely with him on a number of areas, including growth and investment in , opportunities for South-South learning and bank instruments to better support countries hit by high energy and agriculture prices.”

In an interview with Xinhua, the official Chinese news agency, Justin Lin focused on the World Bank’s mission to foster development and reduce poverty. He argued, "The World Bank has a clear and lofty objective of poverty alleviation, but without adequate understanding of the practical problems, the good intentions may go awry."

",” Lin said, “has the most pressing need for outside help in reducing poverty and it is the World Bank's primary concern in poverty alleviation."

"I will promote cooperation between the World Bank and , for example, in creating a mechanism in which and the World Bank can play greater roles in the issues of African development."

Justin Lin has long been an influential economist in . He is professor of economics at and created the university’s for Economic Research. Lin’s research has led him to advocate critically important reform policies, first in agriculture, but also in restructuring state enterprises and in fiscal management. He has twice won ’s top economics honor, the Sun Yefang Prize. He is the author of a number of books, including Institutions, Technology, and Agricultural Development in (1993), The China Miracle: Development Strategy and Economic Reform (revised ed., 1999), Sufficient Information and State Enterprise Reform in China (1999). Lin has lectured all over the world, and delivered the Alfred Marshall Lectures at last fall. He spoke on “Development and Transition: Idea, Strategy and Viability.” (The Chinese text is available: 1, 2, and 3.)

In January 2006, Justin Lin came to USC through the Provost’s Distinguished Visitors Program. He worked with faculty and graduate students and spoke at a joint Center for International Studies/East Asian Studies Center meeting on “The Eleventh Five-Year Plan and the Future of the Chinese Economy.” USC Vice President for Academic Planning and Budget Elizabeth Garrett recruited him at that time to serve on the U.S.-China Institute’s Board of Scholars. Economists Guofu Tan and John Strauss are among those at USC who have worked closely with Lin and his team at over the past several years. In 1999, Lin and Tan published “Policy Burdens, Accountability, and the Soft Burden Constraint,” (American Economic Review). Strauss and others are working with Lin’s team on a massive health and retirement survey for two Chinese provinces.

Journalists routinely turn to Lin for his take on major trends and policies. In 2007 he was outspoken in pushing for a reduction in economic inequality and in reining in grandiose rural building programs. He’s advocated increasing the sophistication of ’s financial institutions so that more of the country’s immense foreign exchange reserves can be invested at home. He’s pleased that manufacturing wages are rising, but notes that will also push inflation up, perhaps to the 3-5% range. And he believes that should no longer seek foreign direct investment indiscriminately, telling Xinhua in December, "Our priority now is not to attract as much foreign investment as possible, but to bring in new high-tech industries that we currently don't have. I have no doubt that preferential policies will only remain for certain kinds of foreign investors."

Lin was born and raised in . He earned an MBA from . In 1979 he defected, famously swimming and floating his way from Taiwan-held Jinmen (Quemoy) to the coast. He subsequently earned a  masters degree at . While Lin was a student there, he served as a translator for visiting University of Chicago  economist and Nobel Laureate Theodore Schultz. Schultz was so impressed that he arranged for Lin to go to the to earn his doctorate. Lin was the first Chinese to earn a Ph.D. in economics since the Cultural Revolution. He studied under D. Gale Johnson and published some of his path-breaking work on China's household responsibility system (the opening act of the reform era, marking its thirtieth anniversary in 2008) in Economic Development and Cultural Change, which Johnson edited. To honor his former teacher, in 2001 Lin delivered the inaugural lecture in the D. Gale Johnson Lecture Series.

In addition to his academic posts, Lin has been a delegate to the Chinese People’s Political Consultative Congress. Lin’s wife, Chen Yunying (陳雲英), is a well-known researcher in special education.

Click here to download a copy of Professor Lin's Marshall Lectures, the foundation of his USC April 8, 2008 lecture.