Civic Engagement Intiative researchers are part of effort to understand the implications of the mobilization of property owners
February 10, 2008
Print 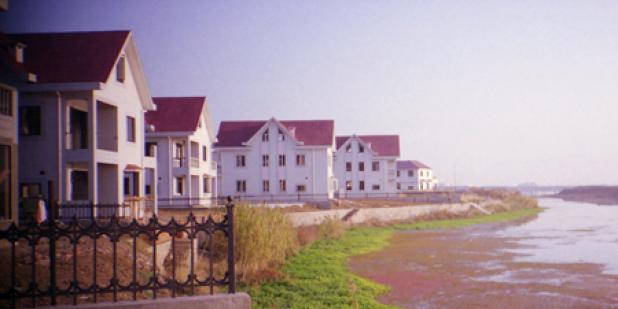 Homeowner associations are relatively new and increasingly important institutions in China. In June 2007, USC’s Civic Engagement Initiative utilized funding from the USC U.S.-China Institute to co-sponsor an international conference in Beijing looking at the legal, political, social, and economic implications of China’s burgeoning homeowner association (HOA) movement and comparing it to similar trends in other national contexts.

Terry Cooper of USC’s School of Policy, Planning, and Development heads the Civic Engagement Initiative (CEI). He and other CEI researchers organized the conference with Chen Youheng of People’s University (人民大学). Six USC faculty and graduate students participated in the conference along with 31 other scholars from outside China. More than 70 China-based scholars and 37 homeowner activists also participated in the conference, formally titled "Multicultural Perspectives on Community Governance (多元文化是脚下的社区治理)."

Beginning in the 1980s Chinese authorities have implemented sweeping reforms of housing policies including the sale of public housing units to occupants and the encouragement of private development of housing complexes that are sold at market rates. These “new communities” share similarities with American condominium projects in that they require a property management firm to oversee the common areas of the development. These new arrangements have create incentives and opportunities for homeowners to become involved in the affairs of their community, and homeowner associations have arisen organically to respond to such issues as complaints with the performance of a property management firm. These homeowner associations have taken on a number of forms, some officially recognized while others are not.  In all their forms these associations represent a surprising innovation in political and social institutions that remain autonomous from residential committees, traditionally the smallest administrative unit of governance in China.

USC and People’s University scholars began jointly investigating these associations, their activities, and their impact in June 2006. The USCI-supported June 2007 conference represents an important step in this collaborative and comparative international analysis of homeowner associations, civic engagement, and the privatization of municipal service delivery.

The USC team included Terry Cooper, Chris Weare and Yongheng Deng from the School of Policy, Planning and

Development (SPPD) and Ann Crigler, chair of USC’s Political Science Department.  Two SPPD doctoral students, Feng Wang and Xiaohui Gong, traveled to China, and other students participated in the preparation of conference papers. They were joined in Beijing by Ben Read (Iowa), Chris Webster (Cardiff), Robert Nelson and Tracy Gordon (Maryland), Evan McKenzie (Illinois at Chicago), Vincent and Elinor Ostrom (Indiana) and scholars from China, Taiwan, Germany, Hong Kong, and the Philippines. The conference proceedings have been published in China and papers are being reworked for publication in international journals.

Following the conference, the USC team worked with Chen Youheng, Ben Read, and Sun Rong (Tongji University, Shanghai) and graduate students from these universities and the University of Maryland to plan collaborative research into

The group is currently working to develop a survey instrument that can inform each of these research efforts.