Tensions over Trade: Part 2 of Election '08 and the Challenge of China

China is America's largest overseas trading partner and is has the world's fastest growing large economy. This is the second part of the USC U.S.-China Institute's documentary on the 2008 election and U.S.-China relations. 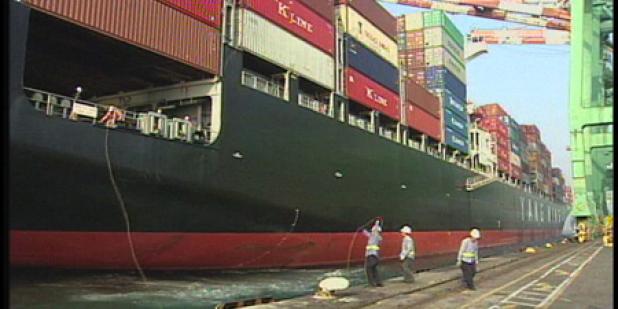 Every American consumer knows how prominent Chinese goods have become in American stores. In 2007, the U.S. imported goods worth $256 billion more than it exported. Many of these products wear famous American brand names. In 2007 and again this fall, product safety issues have emerged. This segment addresses these issues and others, including China’s massive (over $500 billion) investment in America’s national debt and working conditions.

Click here for part 3 in Election '08 and the Challenge of China: Human Rights in China.

U.S. Deputy Secretary of State John Negroponte, "The Future of Political, Economic and Security Relations with China," May 1, 2007

Alison Carroll, "Commentary: Toward a Fuller Understanding of Business Risks in China, June 20, 2008

Jinglei Zhang and Connor Gants, "Making a Name for Themselves," March 7, 2008