The year of the rabbit is upon us and we note how nations around the world are joining in the lunar new year celebration. Of course, USC US-China Institute's newsletter also brings information about China-centered event across North America.
February 2, 2011
Print

We wish the best possible holiday and a wonderful year of the rabbit. 祝您兔年吉祥!

(Lunar New Year Stamps and the USCI calendar is below.)

For the 28th year, China Central Television is airing a live spring festival variety program. Last year, the state broadcaster reported that 82% of those watching television watched some or all of the program. Some 38% of China’s households caught at least part of the show. Both of these figures represented even greater market penetration than in previous years. It would have required some effort to watch anything else. Twenty-three national and provincial channels ran the program along with all the major internet portals. The program was also streamed to smart phones in China and Taiwan. An estimated 396 million watched the program on television with at least 100 million more tuning in via the net and phones. Commercials during the show brought in US$86 million.

Though the audience for the program remains huge, the opening ceremonies for the 2008 Beijing Olympics and the 2010 Shanghai Expo raised audience expectations considerably. The spring festival gala, while enormous, is still more intimate than the stadium extravaganzas. It includes comedic cross-talks and other performances not included in the shows aimed at international audiences.

A different, but still television-centered ritual will be observed in millions of American households this Sunday. Super Bowl XLV features the Pittsburg Steelers and the Green Bay Packers battling for the National Football League championship. According to ratings compiled by Nielsen, some 107 million Americans tuned in last year, the most ever to watch any American television program. CBS alone earned more than $200 million from its ads.

More and more Americans participate in lunar new year festival events of one sort or another and in China, CCTV will broadcast the Super Bowl as well. If this past season was any indication, though, it may be some time before fans in China can cheer a Chinese Super Bowl player. Ed Wang (Wang Kai 王凯), the biggest lineman in the last NFL draft, was injured part of the season and his team, the Buffalo Bills, finished last in their division. Nonetheless, Wang and his parents were invited to the White House where they had lunch with Chinese President Hu Jintao, US Vice President Joseph Biden, and Secretary of State Hillary Clinton. Wang’s parents were among the athletes representing China at the 1984 Los Angeles Olympics. The NFL is delighted Wang’s proven to be an excellent player and is counting on him to help its marketing effort in China.

opportunity. For example, Starbucks has rabbit mugs of various sorts for sale.

However you are spending this week, we wish you the best. As is our habit, we offer you the lunar new year stamps below as a small token of our appreciation for your interest and support over the past year. Please take care and keep in touch. You can write to us at uschina@usc.edu.

Write to us at uschina@usc.edu
Subscribe to Talking Points at china.usc.edu/subscribe.aspx
Support the USC US-China Institute with your tax deductible gift at giveto.usc.edu.
USCI welcomes applications for 2011-2012 postdoctoral fellows. USC students and faculty are also welcome to apply for research grants.

Lunar New Year Stamps
The lunar new year is celebrated throughout East Asia and in much of Southeast Asia. Many countries with significant Asian communities recognize the importance of the holiday for some of their citizens by issuing stamps. Some countries without large Asian populations issue lunar new year stamps as a fund-raising venture. 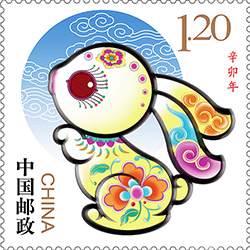 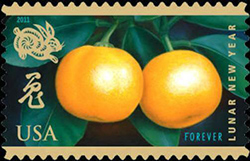 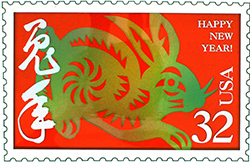 This year`s U.S. commemorative stamp features a paper cut style rabbit, the character tu 兔 (rabbit), and kumquats. Kumquats are often given as gifts at the new year.The U.S. Postal Service has found lunar new year stamps to be a highly profitable enterprise, in part because so many of the stamps are purchased by collectors and are never used to send mail. This year, for the first time, the USPS has set up a special "lunar new year" page at its Postal Store. 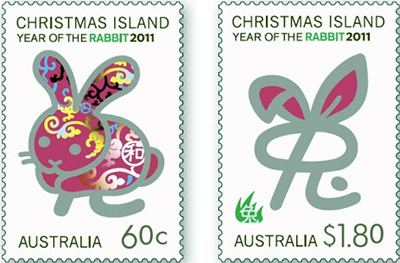 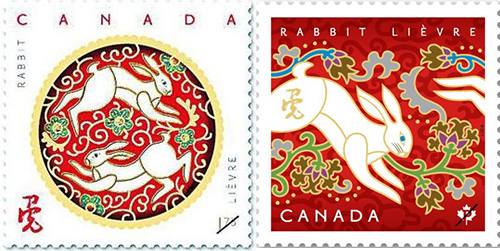 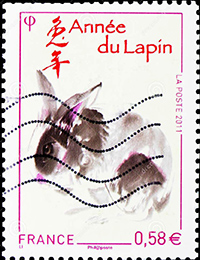 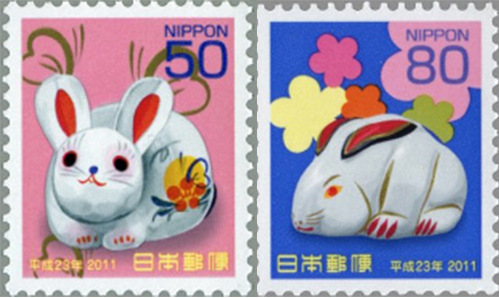 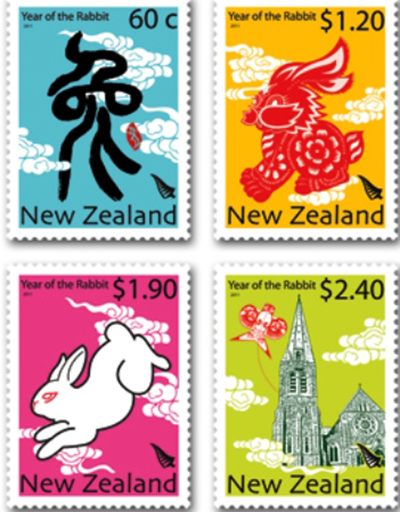 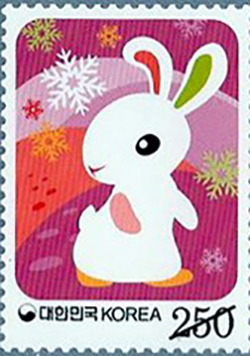 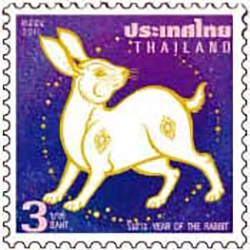 Vietnam
Vietnam's twelve animal cycle varies slightly from that found elsewhere in East and Southeast Asia. In Vietnam, this is the year of the cat, rather than the year of the rabbit.

ends 03/27/2011: Rugs and Ritual in Tibetan Buddhism
Florence and Herbert Irving Galleries for the Arts of South and Southeast Asia, 3rd floor
1000 5th Avenue, New York, NY 10028
Thirty works dedicated to the enactment of Tibetan Vajrayana Buddhism, focusing on Tibetan tantric rugs as the seats of power employed by practitioners of esoteric Buddhism, will form this installation at the Metropolitan Museum of Art in New York City.

Please invite others to subscribe to USCI’s free email newsletter for regular updates on events and programs. We will not share names or email addresses with any other entity. Click here to sign up.

You can support USCI by making a donation at http://www.usc.edu/giving/.